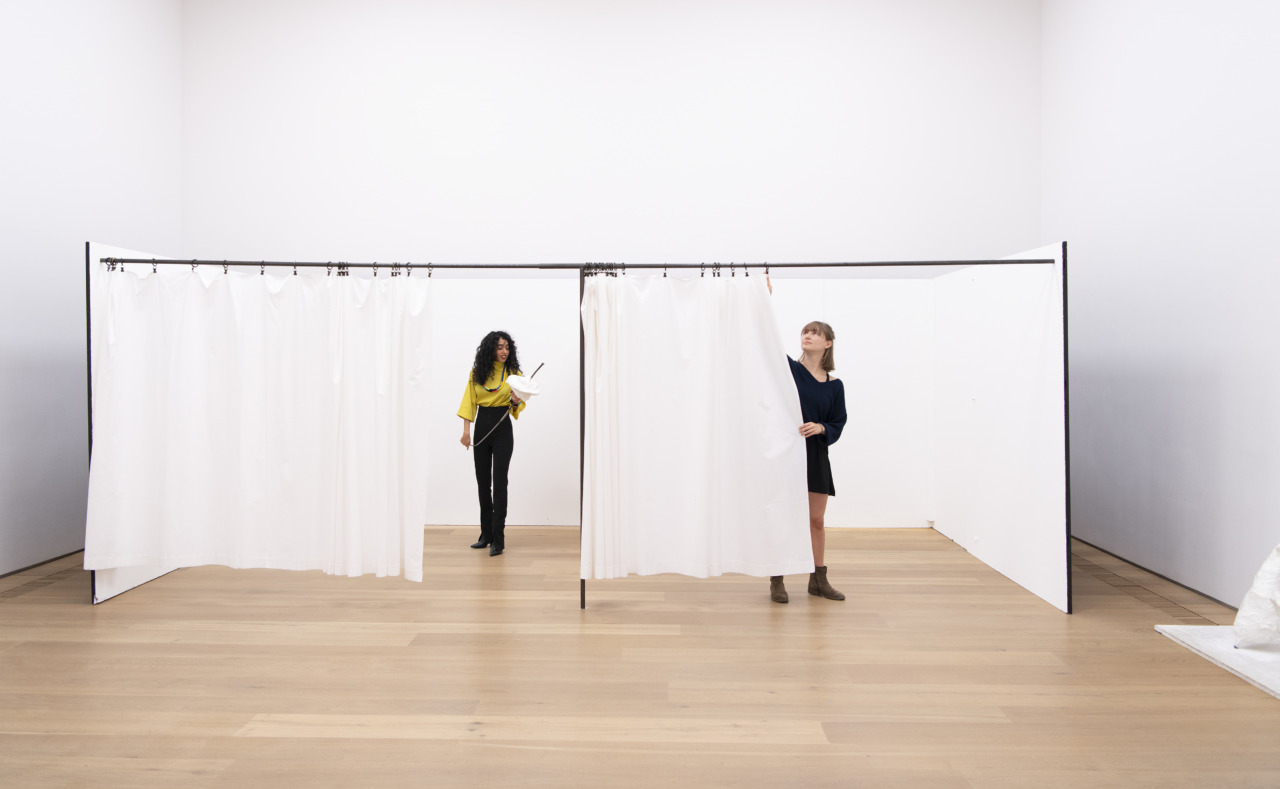 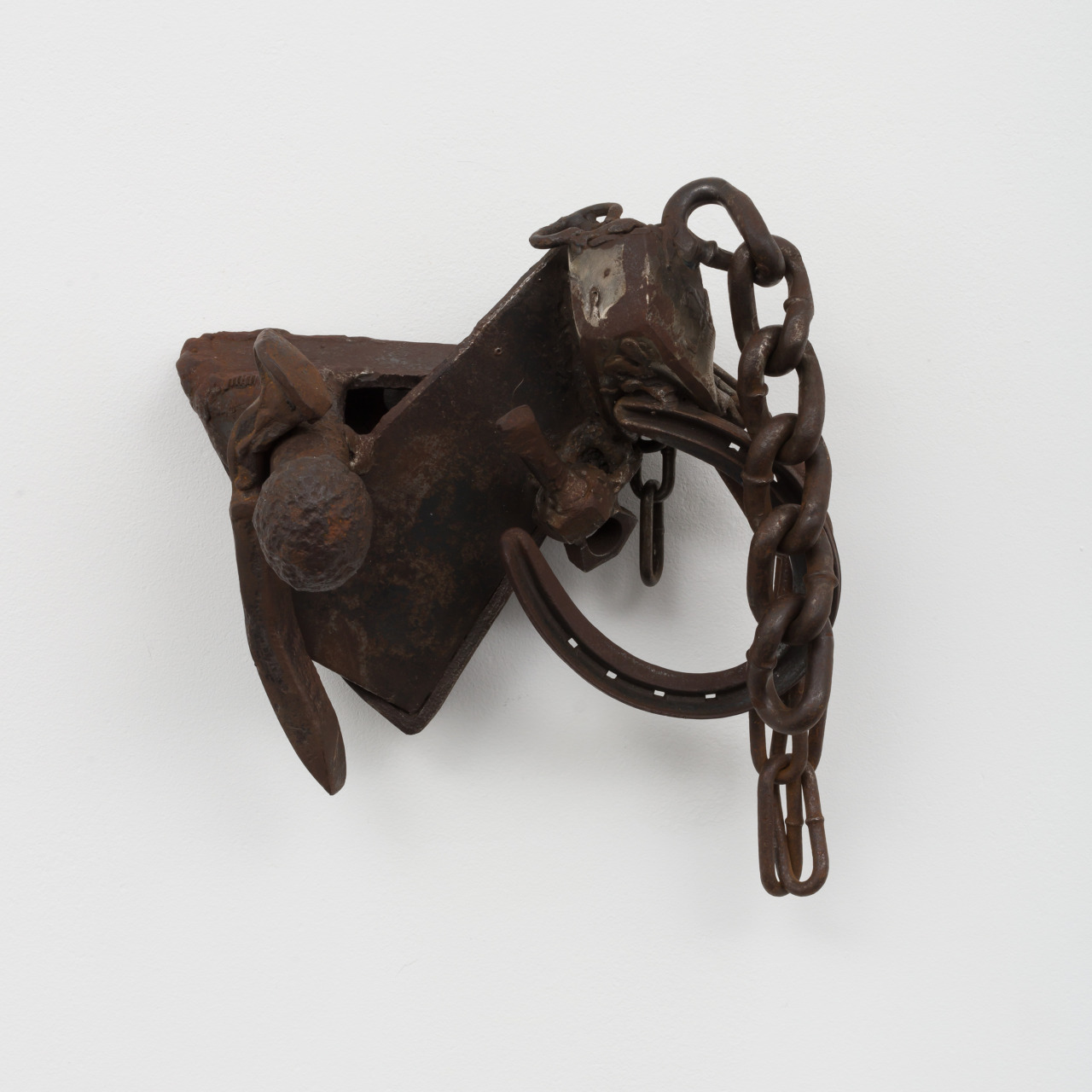 With their unfinished surfaces, rough welds, and sharply protruding forms, Melvin Edwards’s sculptures convey an almost physical impression of raw violence. In 1963, the American steel sculptor began his “Lynch Fragments,” a group of works to which the exhibited pieces belong. Created in direct response to the civil rights movement, the title refers to the gruesome lynchings of Black people in the United States since the end of slavery. In what was then still a highly segregated country, the “Lynch Fragments” gave expression to the danger Black people faced—and often still face today. According to Edwards, sculptural work allows him to address race and politics in an abstract way. He welds the artworks from materials such as tools, chains, railway spikes, and even scrap metal. There is no mistaking the formal references to slaves in chain gangs, which reduced Black people to their sheer physical labor.