Press Release for the Press Conference on May 23rd, 2019 in Munich

Munich, May 17th, 2019 - Starting on the 23rd of May, Museum Brandhorst, museum for contemporary art in Munich, will celebrate its ten-year anniversary. For a year, the museum invites the public to its anniversary exhibition “Forever Young – 10 Years Museum Brandhorst” and the accompanying programs. The celebration will kick off on the weekend of the 24th to 26th of May 2019, with free entry on Saturday and Sunday.

Since opening in May 2009, a lot has happened at Museum Brandhorst. Alongside numerous exhibitions, the Brandhorst collection has grown consistently — from the original 700 works to more than 1200. Today, it numbers among the most important collections for contemporary art in Europe, with numerous works by artists such as Andy Warhol, Cy Twombly, Bruce Nauman, Cady Noland, and Wolfgang Tillmans.

The museum has taken the occasion of its tenth birthday in May 2019 to present a selection of works from the collection. “Forever Young – 10 Years Museum Brandhorst” spans an arc from the art of the 1960s to contemporary works. Alongside popular highlights, many acquisitions that have joined the collection since 2009 will now be on view for the first time.

The exhibition is grounded in the Udo and Anette Brandhorst collection. The couple began collecting art as early as 1971 and soon began to focus on the most recent phase of art history. In 1993, the Udo and Anette Brandhorst Foundation was established for the promotion of contemporary art. The couple then transferred their collection and considerable financial assets to the foundation towards the acquisition of new works. As part of their permanent collaboration, the Free State of Bavaria built the Museum Brandhorst, which opened in 2009. Under the umbrella of the Bayerische Staatsgemäldesammlungen, its employees are responsible for the scientific maintenance of the collection. “The financial resources provided annually by the foundation for the development of the collection offer us a unique opportunity to fulfill our social responsibility: to collect, preserve and Research contemporary art while making it accessible to a broad public — all this in the architecturally unparalleled building by Sauerbruch Hutton. In the past years, the building itself with its facade of 36,000 ceramic rods has become a crowd magnet in its own right,” summarizes Achim Hochdörfer, Director of Museum Brandhorst.

A successful collaboration between public authorities and a private foundation

“Happy Birthday Museum Brandhorst! A European art hotspot celebrates its birthday right in the middle of Munich. In just ten years, the museum has grown into a beacon for contemporary art. It is yet another example of a successful collaboration between private sponsors and the Free State of Bavaria. Around the Pinakothek museums, over 600 years of art history come together in close proximity—a real flagship for Munich and all of Bavaria,” says Minister President Dr. Markus Söder.

Concerning the new exhibition, Bavaria’s State Minister of Science and the Arts, Bernd Sibler emphasizes: “10 Years Museum Brandhorst: the anniversary exhibition on this special occasion rightly carries the title ‘Forever Young,’ as the Museum Brandhorst continues to generate new impulses for the art world just as creatively as it did on the first day. I’m proud of this inspiring institution that always knows how to surprise us!” According to him, the anniversary exhibition is the best example: “Many works from the museum that haven’t been shown before await the visitors. And anyone visiting on the weekend can see the show free of cost: for the anniversary, we’re gifting everyone interested free entrance on Saturday and Sunday!”

The exhibition includes around 250 works by 44 artists and has three focuses, each of which can function on their own but still relate to each other: The first narrative on the museum’s ground floor is devoted to Pop Art, a moment during the 1960s when art began opening up to everyday life and popular culture. The focus here is on Pop Art’s often overlooked political dimension. The second narrative thread in the large hall on the lower level concentrates on the controversial topic of subjectivity in the contemporary age, and subsequently how capitalism shapes individual identities. The third section in the lower level cabinets turns to one of Museum Brandhorst’s central themes: contemporary painting and the question of how this traditional genre continues to be renewed through digitalization, new technologies, and mediatization.

For the anniversary celebration, Twombly’s “Rosensaal” (hall of roses) will be on view in the original form as conceived by the artist. In addition to the permanently installed “Lepanto” cycle (2001) and other works from the artist’s sixty-year long career, the museum’s upper floor presents a prominent new acquisition from Twombly’s final, vividly colored series “Camino Real” (2011).

Ten years after it opened, Museum Brandhorst has become a place for exchange and debate. It is a place for discussing the distinctive tendencies and developments in contemporary art, how they came to be, what they are now, and which social realities they reflect. The supporting program for children, teenagers, and families begins on the opening weekend of the 24th to 26th of May, 2019.

On the area between Museum Brandhorst and the Pinakothek der Moderne, visitors can relax, eat, chat, listen to music, watch movies, and even do sports at “Workout with Warhol” in collaboration with Boxwerk, in addition to the celebrations inside the museum. There’s a pop-up bar, several food trucks, live music, and DJs. The Bavarian State Opera and Richard Siegal and the Ballet of Difference will perform, as well. From time to time, things will also quiet down, for example with the Lyrik Lounge, Salon Zebra, or the talks with our pi.loten, restorers, and curators in front of the artworks. 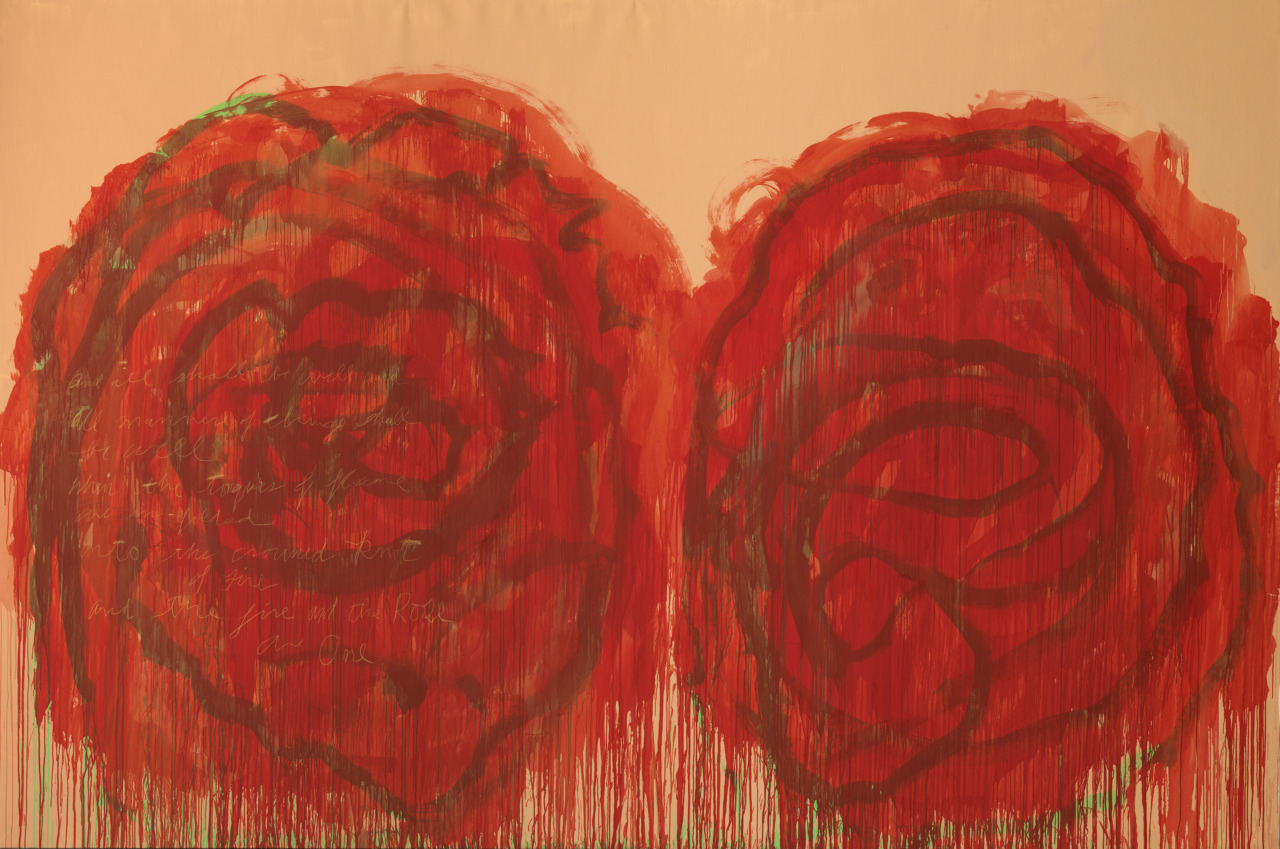