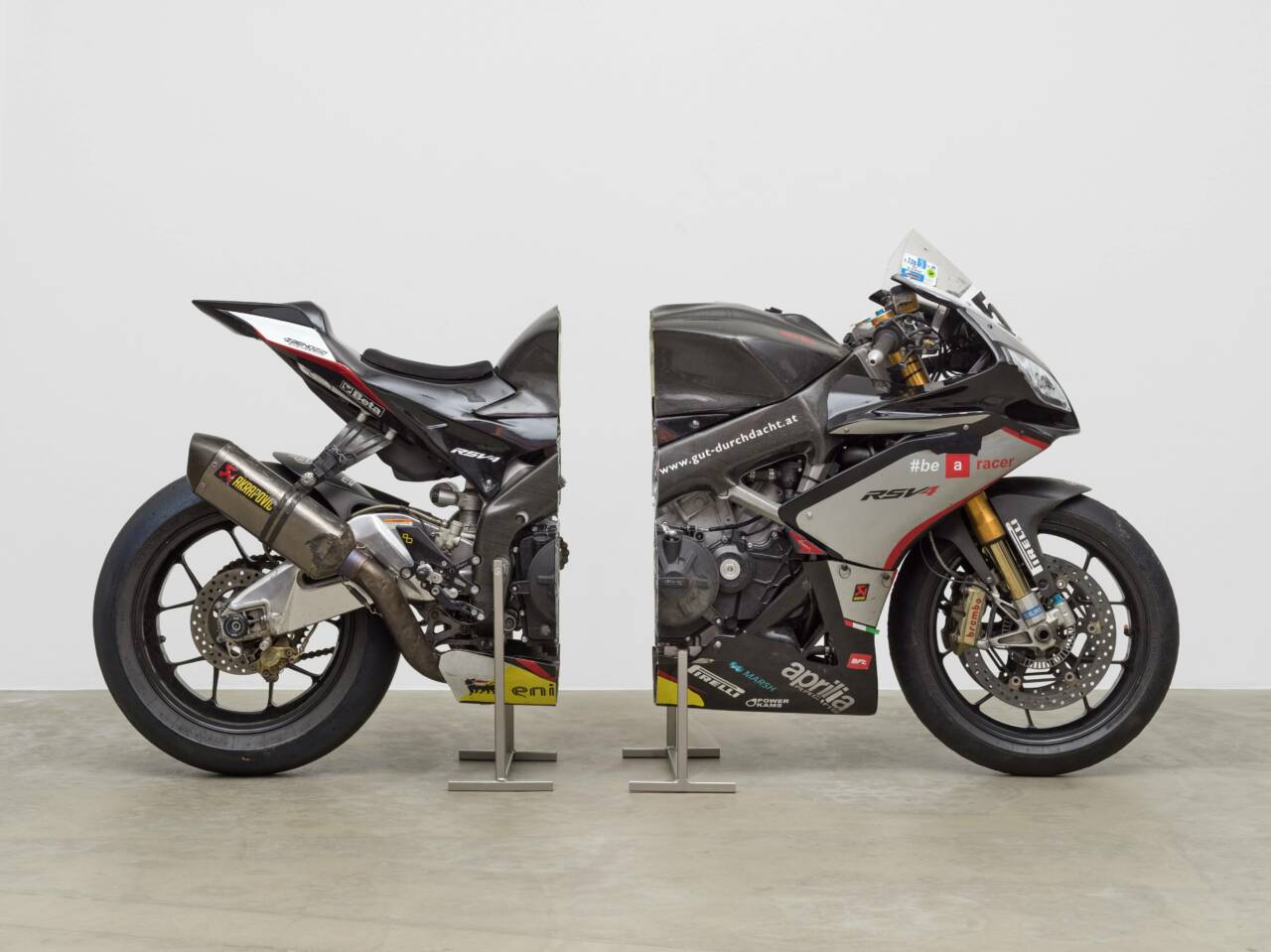 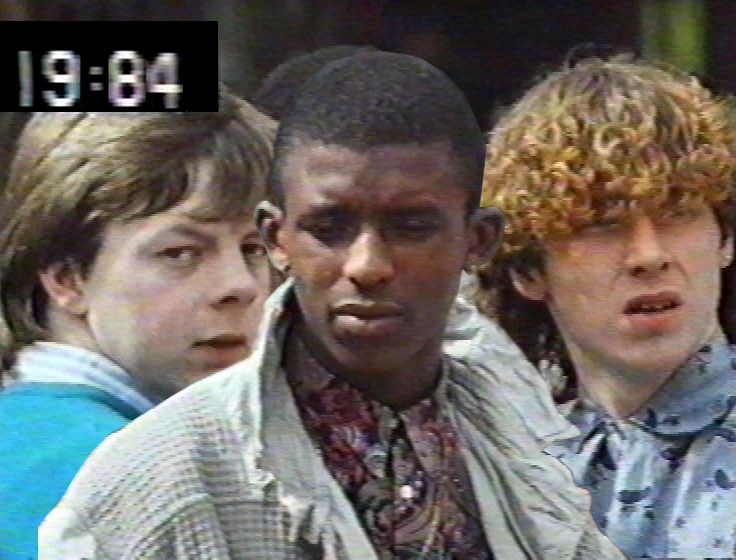 Under the title "Spot On", recently acquired groups of works by various artists will be shown in two galleries on the ground floor and in the media galleries on the lower level. These single- and double-presentations rotate over the anniversary year and the accompanying exhibition "Forever Young – 10 Years Museum Brandhorst".

From 28 November, the focus in the media galleries will be on Mark Leckey. On display are his video works "Fiorucci Made Me Hardcore (20 Year Anniversary Remaster)" (1999-2019) and "Pearl Vision" (2012) – the first is a tribute to British club culture since the 1970s, the second is exemplary for Leckey's examination of the affective/emotional charging of objects of pop and consumer culture.

Fig.: Mark Leckey, Film stills from „Fiorucci Made Me Hardcore“, 1999

It was not always apparent that Mark Leckey would become one of the most influential artists of his generation. He was born in Birkenhead, near Liverpool, in 1964. He gained his art degree at the Newcastle Polytechnic as early as 1990. But he burst onto the art scene only in 1999, with his video “Fiorucci Made Me Hardcore” – a homage to the British club culture since the 1970s, produced for the exhibition “Crash!” at the Institute of Contemporary Arts in London. This laid the foundation for his work, which is located at the interface between the visual arts, pop culture and technology, and for which he was awarded the prestigious Turner Prize in 2008. It was followed by numerous large solo exhibitions: at the Serpentine Gallery in London (2011), WIELS in Brussels and the Munich Haus der Kunst (both 2015), the MoMA PS1 in New York (2016/2017) and currently at Tate Britain in London (2019/2020).

Shaped by the nostalgic desire to give expression to the memories of his own youth, in “Fiorucci Made Me Hardcore” Leckey assembled material from the days and nights of Northern Soul, casuals and ravers, which he compiled from extensive research, to make a hypnotic video. Underscored by a soundtrack by the artist, “Fiorucci” became his shrine comprising fashion, music and club culture. At the same time he created, in the words of the music critic Simon Reynolds, a portrayal of “what may have been the best moments from a number of young British lives in the last three decades of the 20th century. Their finest hour.” This ability to combine his own experiences with social phenomena describes the essence of the quality of Leckey’s work: He uses the material documents of the experiences of others to illustrate his own. Whereas in the late 1990s and early 2000s he primarily made use of video tapes and photo prints, these days he mostly uses digital data circulated online.

His work is concerned with our affective relationship to things, with the desire that is fed by pop culture and consumer culture. Leckey says: “I’m a fetishist and I fetishize things, I‘m drawn to these things and I‘m obsessed by them, I have to somehow possess them, because I sense that they possess me.” Such yearnings are acted out in the digital space in “Pearl Vision” (2012). This allowed him to have at least an “ersatz” encounter with the object of his desire: His body appears to fuse with the computer-animated snare drum. The fact that his fusion fantasies are certainly humorous, indeed self-deprecating in nature, is suggested by the offstage song, since the snare drum’s solicitation “Turn me on”, or the rapt-celebratory “Me and You, Me and You” presupposes that it is responding to Leckey’s desire.