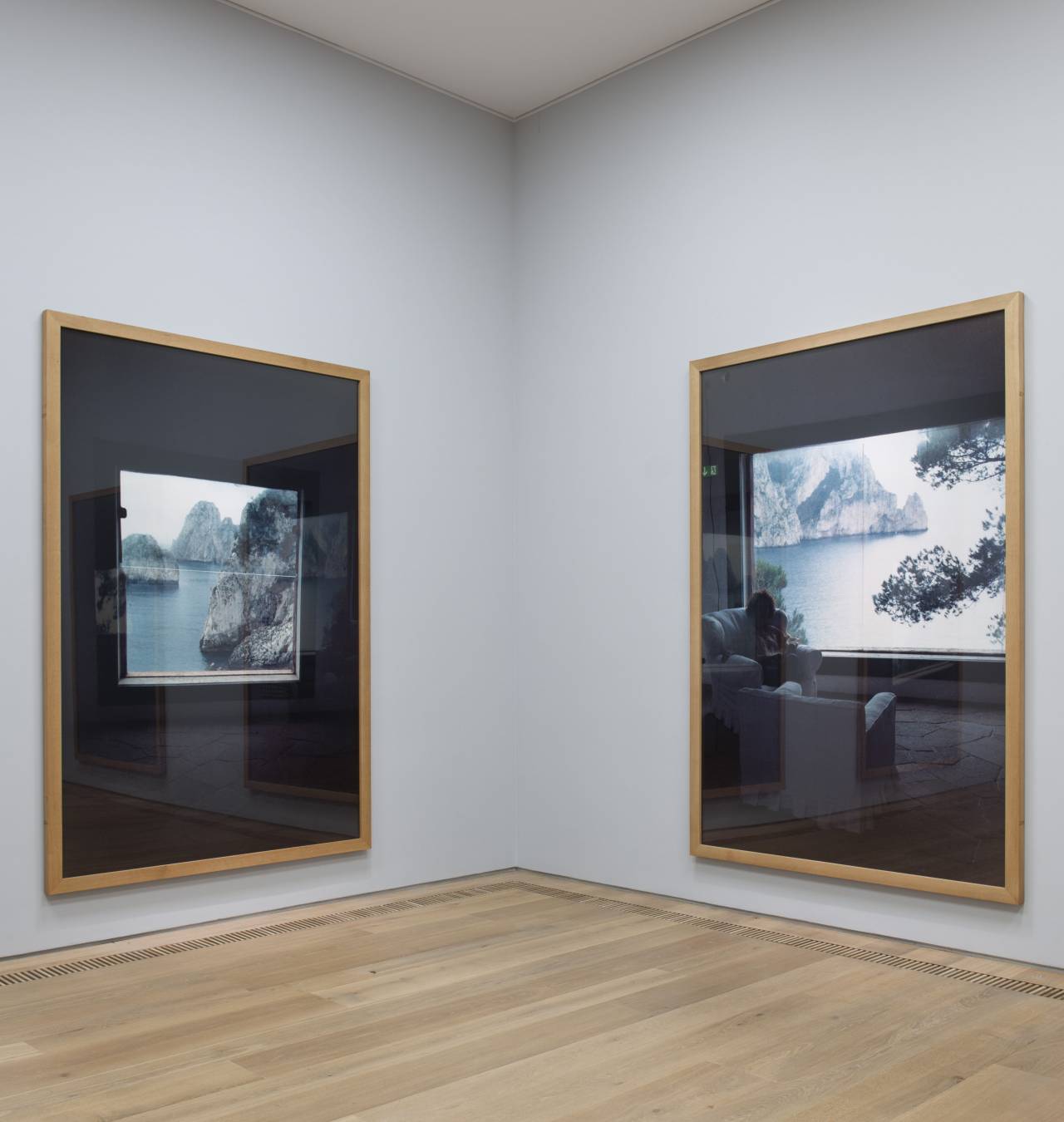 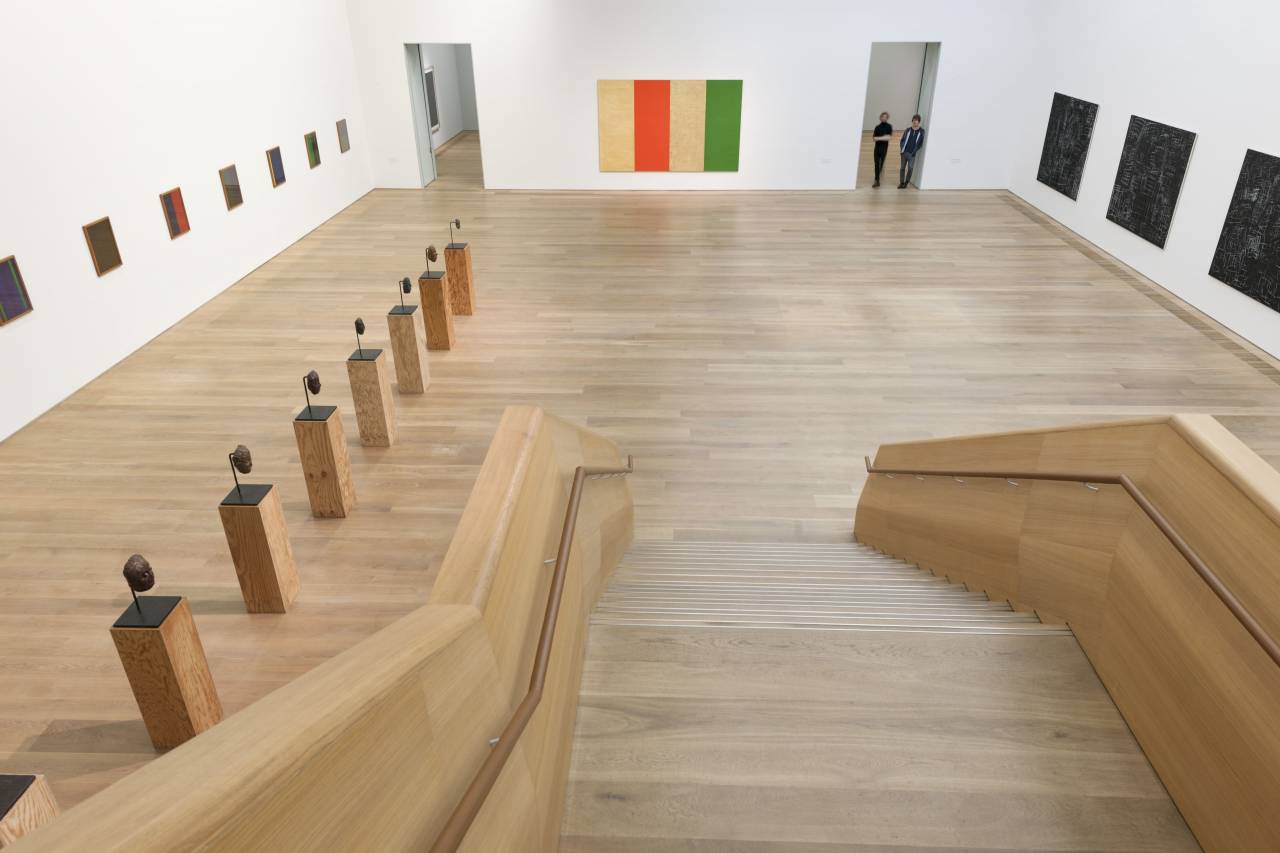 The Museum Brandhorst and the Sammlung Moderne Kunst in the Pinakothek der Moderne hold a large number of works by the artist and Academy professor Günther Förg. This is largely thanks to the commitment of the collectors Anette and Udo Brandhorst, as well as Eleonore and Michael Stoffel, who already started collecting works by Förg in the late eighties. A selection of some fifty paintings, twelves photographs, forty works on paper and nine sculptures provide an excellent insight into the multifaceted œuvre of Günther Förg who died in December 2013 at the age of 61.

The points of reference found in Günther Förg’s work range from Russian Constructivism and Italian Rationalismo to Abstract Expressionism and Minimalism. In his work Förg adopts the viewpoint of a post-modern retrospective, so to speak, that the social utopia of the avant-garde had lost. Despite this, Förg gives its aesthetic designs a refreshing actualisation. In an extreme manner he unites contrasting aspects of modern art – geometrical stringency meets expressive spontaneity, the richness and the burden of memory meets the carefree ease of the here and now.

This dichotomy is clearly shown in Förg’s working method. On the one hand, he subjects the painting process to a calculated system of formal variations. On the other hand, he leaves pivotal decision-making processes to his mood at any given time. As a result, his pictures are always created in one go, without being corrected or overpainted: “If you have to think for a long time when painting then it gets difficult. Sometimes I paint a picture and have problems with it too. Then you stand back, look at it and simply take a bit a blue and paint in blue. I don’t think as to whether I have paint in blue or not. But I instinctively reach for blue. And that’s the essence of things. If you think too long it becomes strenuous.” (Günther Förg, 1997)

In his painting Förg did not limit himself solely to canvas, but also experimented with other fabrics and paper, lead and wood as support materials. Apart from oil and acrylic he also used plaster, gold leaf and chalk. It was not only the diverse visual and tactile effects that could be achieved through brushwork and the application of paint which he found appealing, but also the resistance of materials in particular and their incidental properties to which he had to react artistically.

The exhibition demonstrates the great variety of media in Förg’s art. Not only are several exceptional series of paintings from the eighties and nineties to be seen – such as the seven-part work cycle with white chalk on a black background, reminiscent of Cy Twombly – but also photographs, sculptures and drawings.
The photographer Förg is represented by two magnificent series. The five motifs in the ‘Gardone’ series show his interest in filtering a two-dimensional, geometrical composition out of a three-dimensional form. However, Förg himself breaks away from this device by presenting his photographs behind highly reflective glass in which a correlation is created between image and space as well as with the viewer. This can be experienced intensively in the room with the six-part series ‘Window, Villa Malaparte, Capri’. The glazed, coloured pictures of windows create a hall of mirrors that continuously shifts architecture and viewer into new positions.
The sculptor Förg is manifest in nine masks (1990) that reveal rudimentary facial features executed in bronze. These are among Förg’s earliest sculptures. Several series of preparatory works on paper were created beforehand, two of which are to be seen in the exhibition.

The presentation in the Museum Brandhorst picks up on the interaction between art and architecture that played a central role in Förg’s art. The minimalistic hanging gives the ‘Patio’ on the lower floor the appearance of one comprehensive installation, although the strictly observed symmetry in the small exhibition rooms is repeatedly interrupted by the juxtaposition of works in different media.

Günther Förg’s career is closely tied to the city of Munich. Born in 1952 in Füssen, he studied under Karl Fred Dahmen at the Akademie der Bildenden Künste in Munich in the seventies, and showed his reaction to exhibitions such as that of Cy Twombly in the Lenbachhaus or Blinky Palermo at the Galerie Heiner Friedrich in his series of works.
Following his first solo exhibitions at Rüdiger Schöttle’s, his works were regularly to be seen in Munich and he had a marked influence as Professor of Painting at the Academy right up until his death.

In May, several evening events at which scholars and acquaintances will be paying a tribute to the artist and his œuvre will accompany the presentation of Günther Förg’s work at the Museum Brandhorst. In cooperation with the Akademie der Bildenden Künste, a commemorative event will also be held on 28 May in Günther Förg’s honour.

The presentation is being curated by Nina Schleif and Achim Hochdörfer.