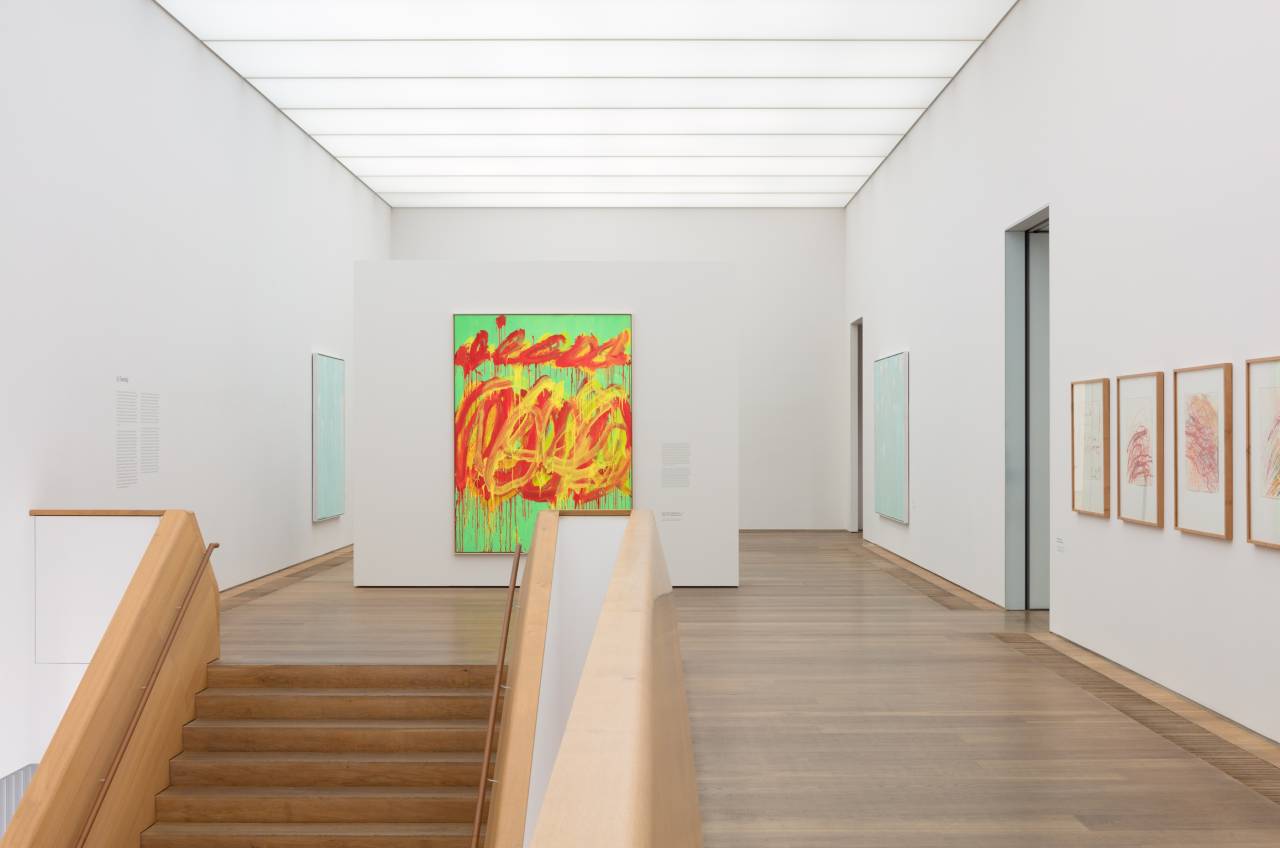 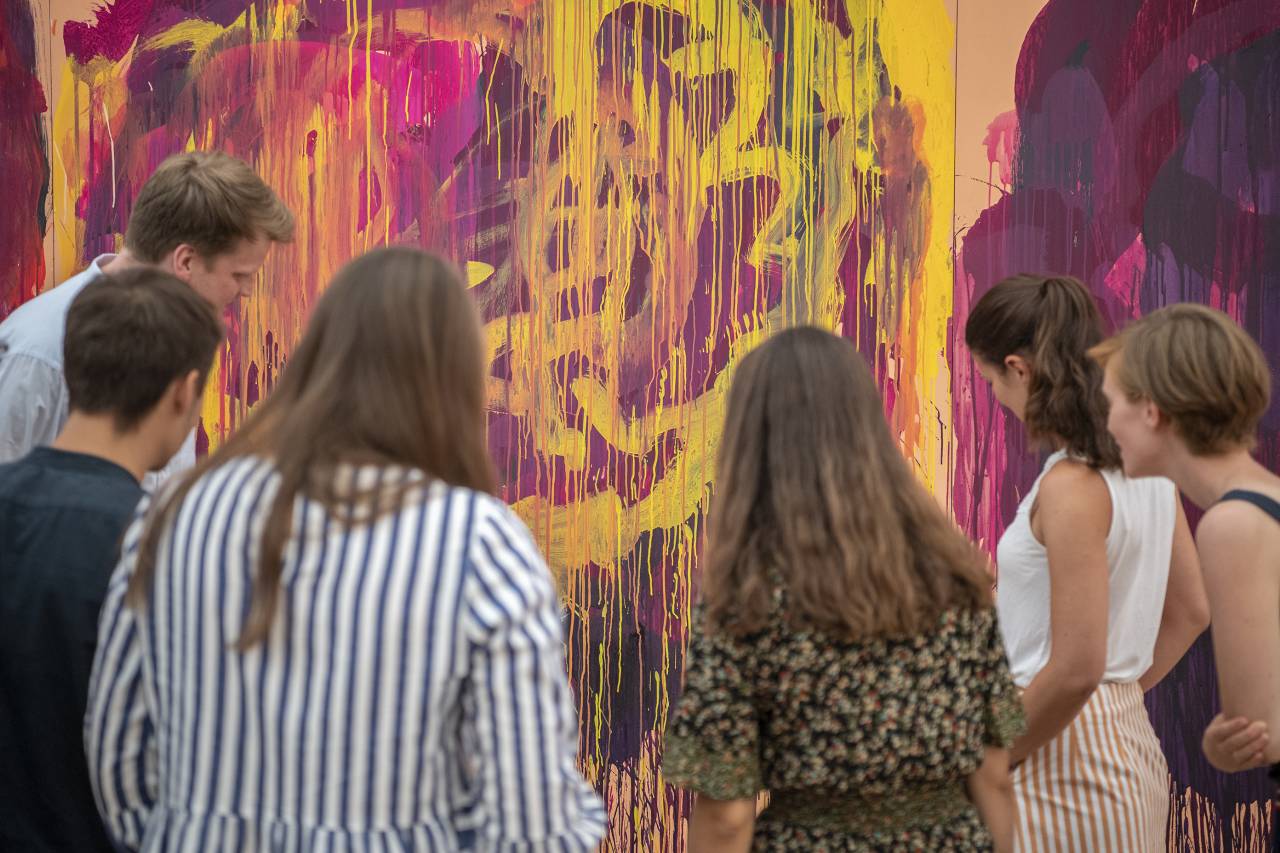 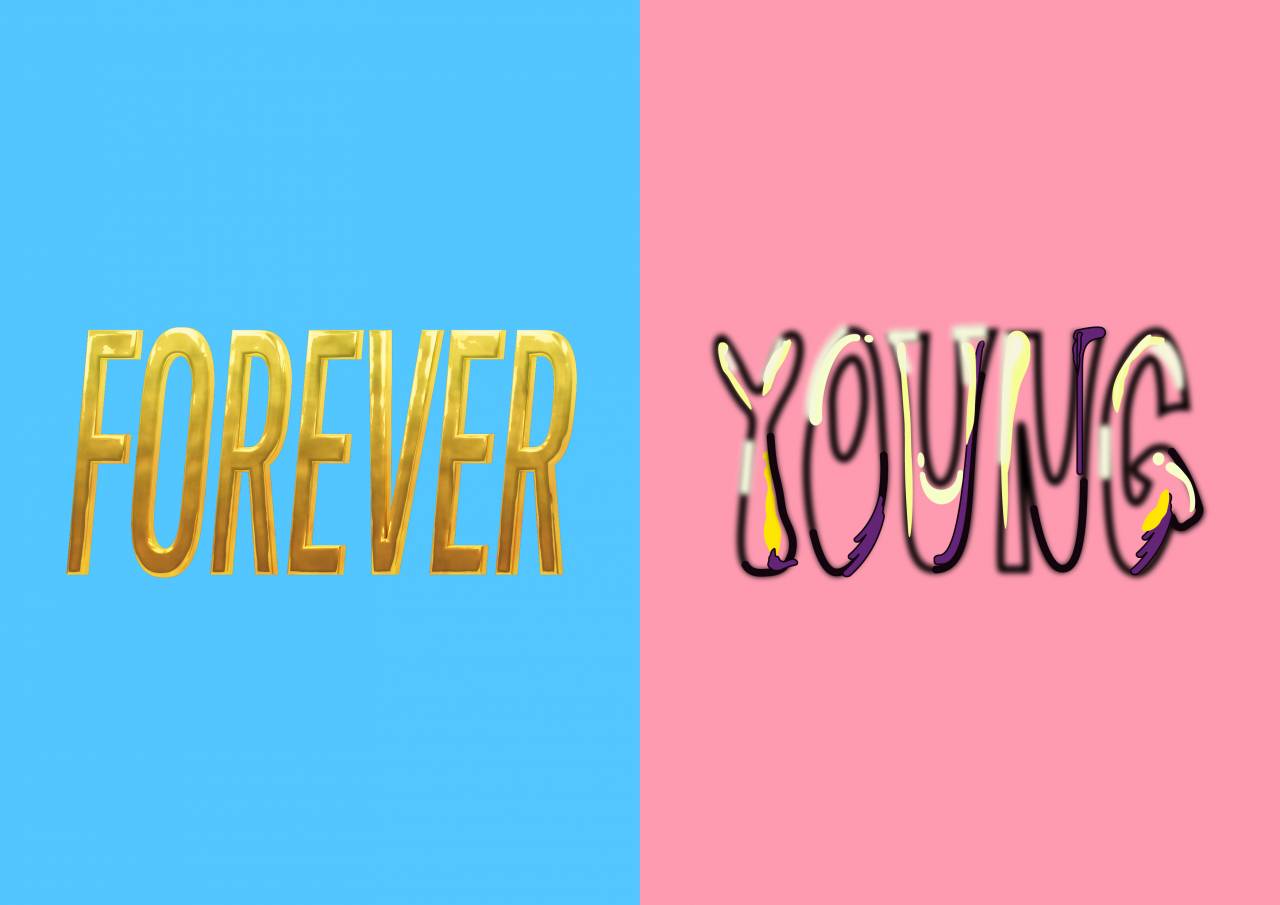 The museum has taken the occasion of its tenth birthday in May 2019 to present a selection of works from the collection. “Forever Young – 10 Years Museum Brandhorst” spans an arc from the art of the 1960s to contemporary works.
The exhibition is on display from May 24, 2019 to July 19, 2020, and is accompanied by a diverse public program with lectures, talks, workshops, exhibition tours and performances. On the anniversary weekend, May 25 and 26, the admission is free.

The museum’s tenth birthday in May 2019 is the occasion for an exhibition of its expanded collection. “Forever Young – 10 Years Museum Brandhorst” traces an arc ranging from the 1960s to present day art production, and combines many new acquisitions of recent years with the collection’s more familiar highlights.

The exhibition includes some 250 works by 44 artists and has three main themes: The first is Pop art, and especially its often overlooked political dimension. The second strand is dedicated to the thorny topic of subjectivity in the present day—and therefore also the question of how late capitalism influences identities. The third section turns to one of the Museum Brandhorst’s key strengths: Contemporary painting and the issue of how this traditional artistic genre renews itself time and again. With “Painting 2.0: Painting in the Information Age” the museum has formulated important theses on this in recent years, and continued it in many well respected individual exhibitions, such as “Wade Guyton: The New York Studio”, “Kerstin Brätsch: Innovation” and “Jutta Koether – Tour de Madame”. Especially for the anniversary, the gallery presenting Twombly’s rose paintings can be seen once again in its original form as envisaged by the artist. A prominent new acquisition is also presented from his very last work series, “Camino Real”, 2011. With its red, yellow and orange loops on a bright-green background, the painting ranks among Twombly’s most color-intensive works from a career spanning more than 60 years.

The exhibition is on display from May 24, 2019 to April 2020, and is accompanied by a diverse public program with lectures, talks, workshops, exhibition tours and performances. 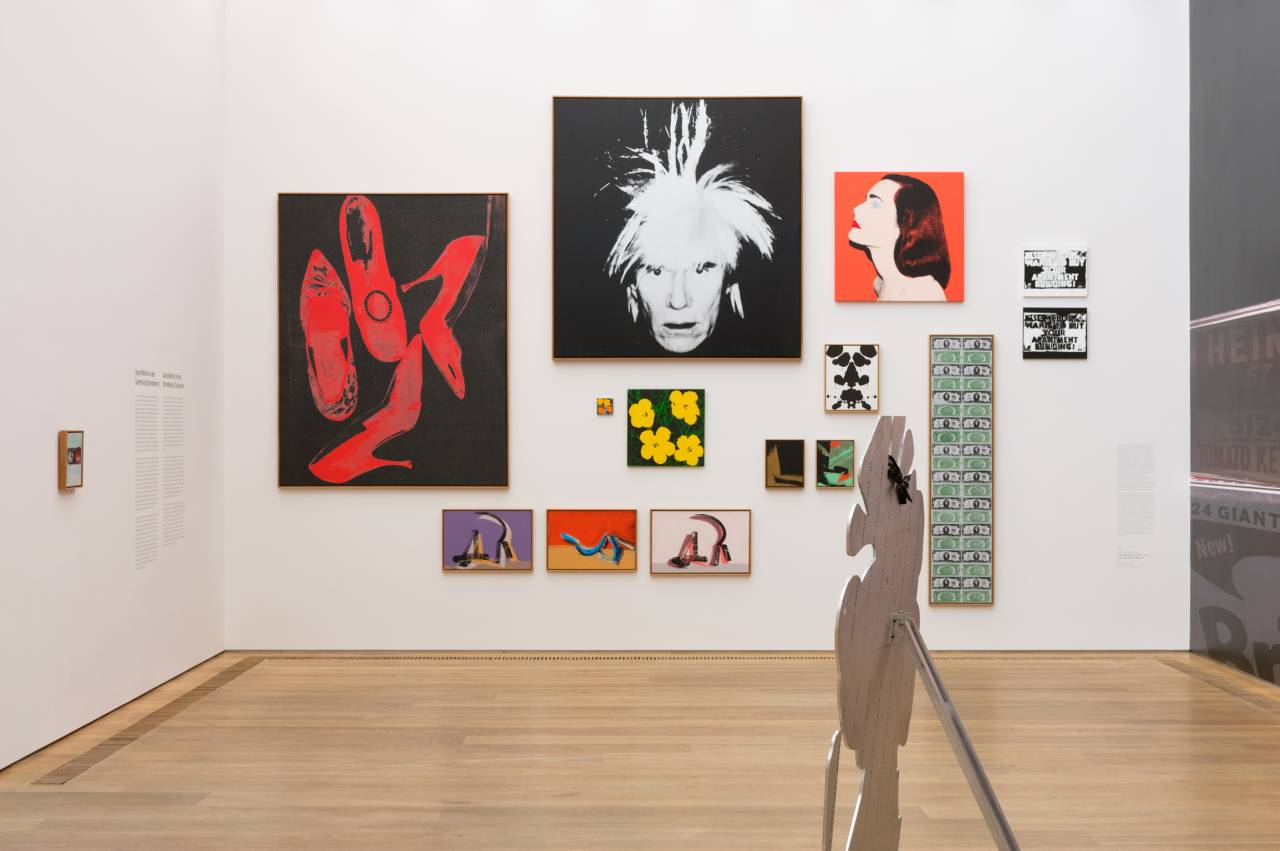 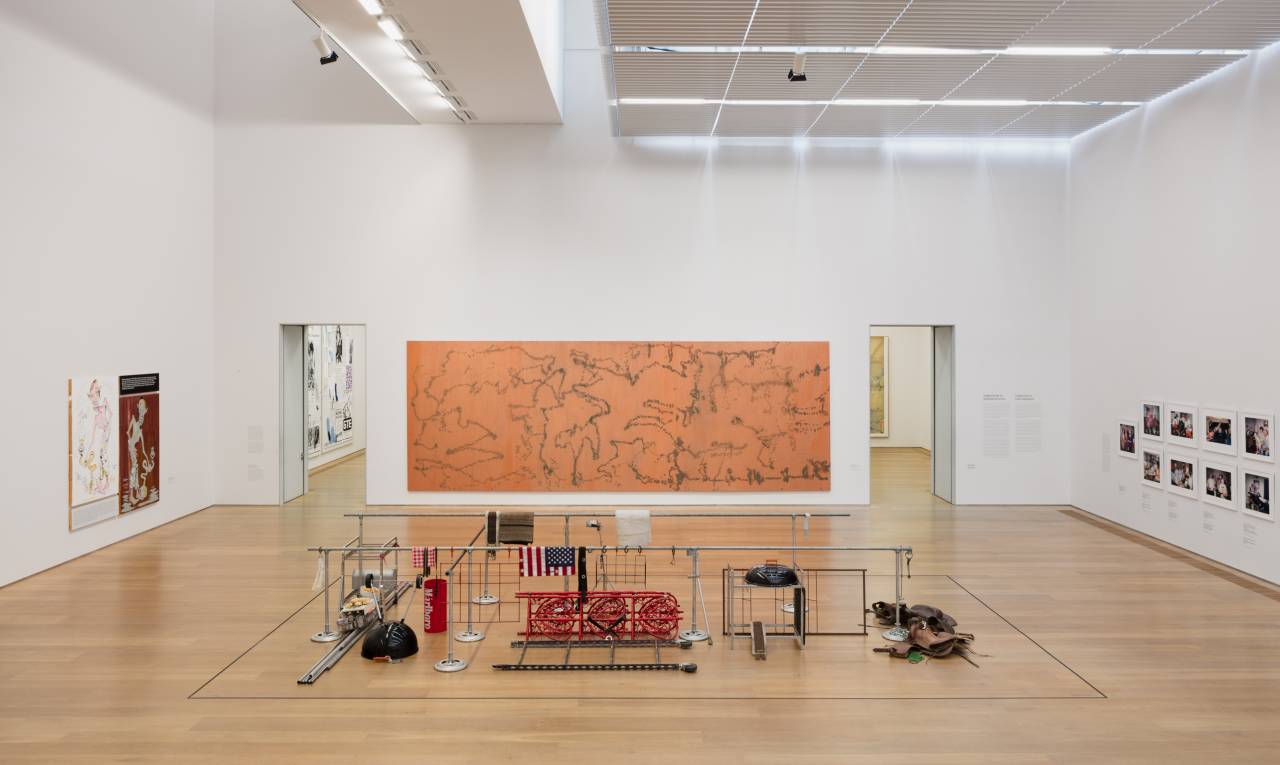 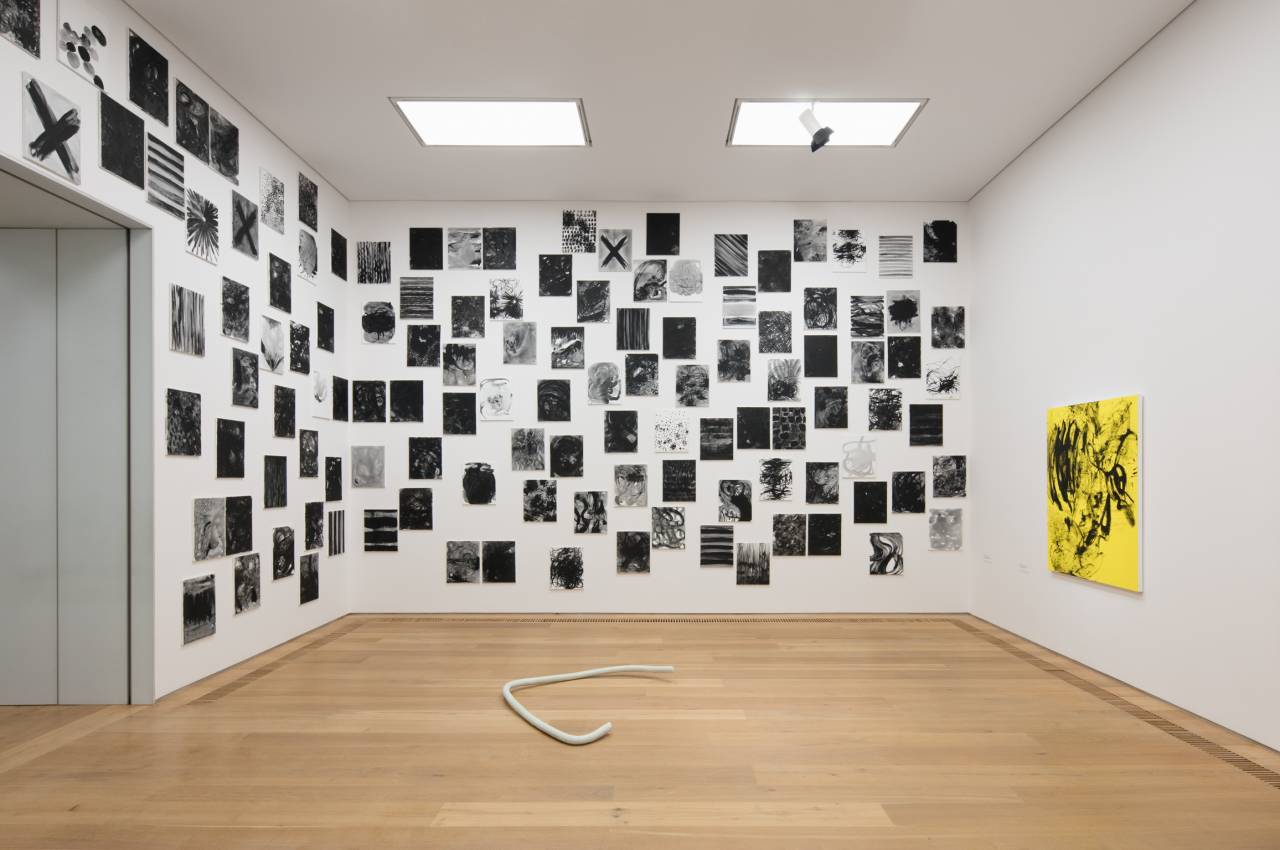 Forever young
I want to be forever young
Do you really want to live forever
Forever, and ever?

The Dark Side of Pop

The exhibition unites three narrative strands, which stand for themselves and yet also make reference to and comment on one another. The first narrative, fanning out in the ground floor galleries, presents a movement that makes an important contribution to the museum’s reputation and popularity—Pop art. With more than 120 pieces from all phases of Andy Warhol’s career (the most extensive collection of his work in Europe) the museum offers a profound insight into the artist who influenced contemporary art since the 1960s like no other, and continues to shape it today. But Warhol isn’t the Museum Brandhorst’s only major draw—the collection also includes renowned works by Ed Ruscha and Richard Avedon. In “Forever Young” these pieces are presented in a context that extends beyond the clichés of “Pop art”—flashy, popular, colorful, intentionally “superficial”—and shows the movement in a new light. The exhibition directs our attention to the darker, political and socially-critical aspects of pop.

Andy Warhol’s legendary “Mustard Race Riot” of 1963 is exemplary in this regard. Here Warhol reproduces press photos showing white police officers with German shepherds attacking black civil rights demonstrators. The importance of his “Ladies and Gentlemen” series should not be underestimated either. With it Warhol documented the life and look of transvestites of color in the mid-1970s. Other works also turn their attention to personality, identity, and concepts of community outside of social norms. Richard Avedon’s “Andy Warhol and Members of the Factory” for example, depicts the eccentric personalities of Warhol’s entourage in 1969 and 1970. Or the video “Chelsea Girls with Andy Warhol” (1971/1994), by Michel Auder, a French filmmaker living in New York, who obsessively documented Warhol and his circle. The result is as entertaining as it is authentic, and provides an intimate insight into the life of the artist and his subcultural milieu.

From here we can draw a line directly into the 1990s, for example to Wolfgang Tillmans, who portrayed members of the early rave scene, in which he discovered for himself a utopia of freedom and collectivity. Tillmans also worked extensively as a lifestyle and fashion photographer.

Artists such as Seth Price, with his work “Vintage Bomber” (2006), a gold-colored plastic cast of a bomber jacket, or Alexandra Bircken, who forms a post-apocalyptic army out of display window dummies, also reference  fashion, moving between the poles of the uniform and the eccentric.

Influenced by phenomena such as graffiti, the works of Jean-Michel Basquiat and Keith Haring reflect the dynamic space of the metropolis, as it was increasingly thematized in art from the early 1980s on. Bruce Nauman’s use of neon and the super smooth commodity aesthetics of Jeff Koons also fit right into this context.

The second major thread of “Forever Young” unfolds in the lower-level galleries and focuses on the important question as to what forms of subjectivity are produced today. Featured here, for example, is “Deep Social Space” by Cady Noland (1989)—a kind of stocktaking of American “white trash” culture. Its overturned barbecue, US flag, and crushed beer cans point to the subliminal violence inscribed in its rituals and symbols. David LaChapelle also tackles the dark side of the USA with his photographs of party scenes, which he both caricatures and dramatizes with scarcely perceptible digital montages. Similarly, in his installations with stuffed animals, Mike Kelley also plumbs the darker aspects of childhood and the trauma of institutional education.

This theme – which, somewhat exaggeratedly, could be called “damaged subjects” – is also the focus of one of the Museum Brandhorst’s most prominent pieces: Damien Hirst’s “In this Terrible Moment We Are All Victims of an Environment That Refuses to Acknowledge the Soul” from 2002. With its enormous quantity of more than 27,000 pills meticulously ordered and arranged on shelves, the work produces an extremely ambivalent comment on the omnipresent pressure to optimize and the resulting pathologization of seemingly all aspects of life. The body is also the focus of the work of KAYA, a collective consisting of Kerstin Brätsch and Debo Eilers. They work with the cast of body parts of a girl, a coming-of-age story in epoxy resin, if you will. The transparent cast is staggered with coins and play money, symbolizing the “capitalized” body. 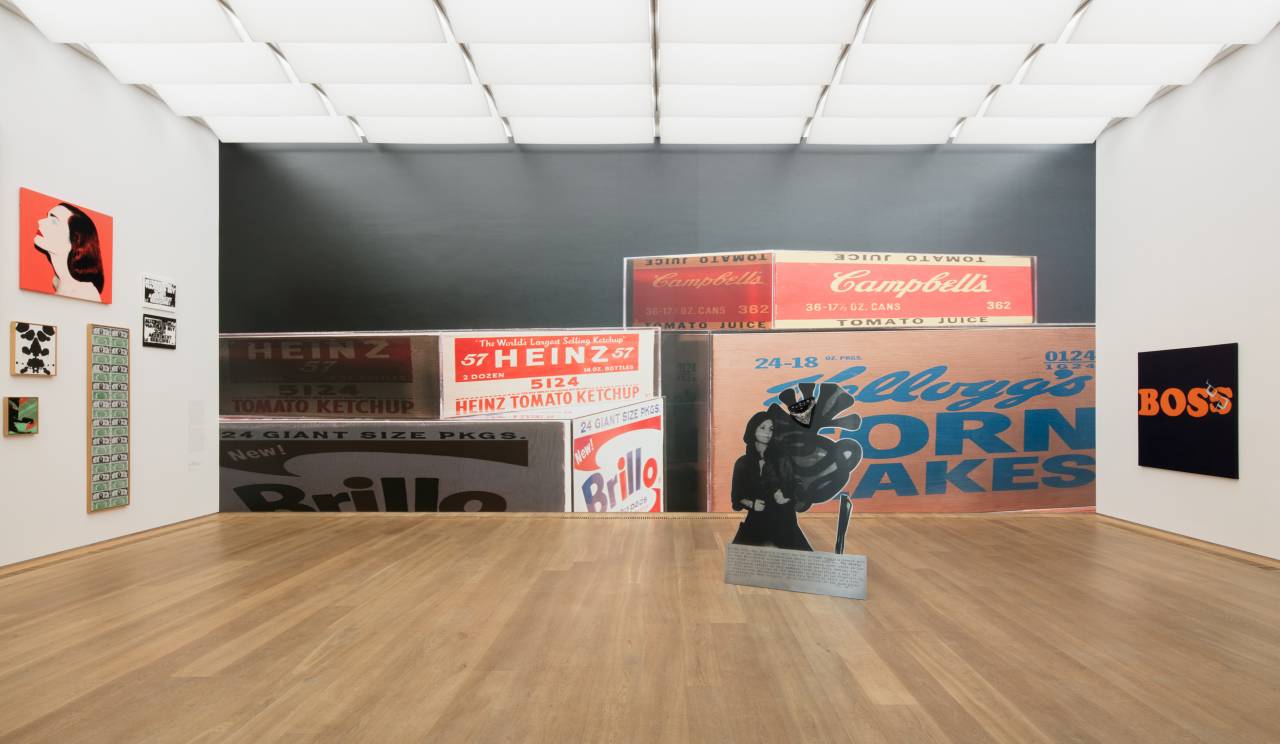 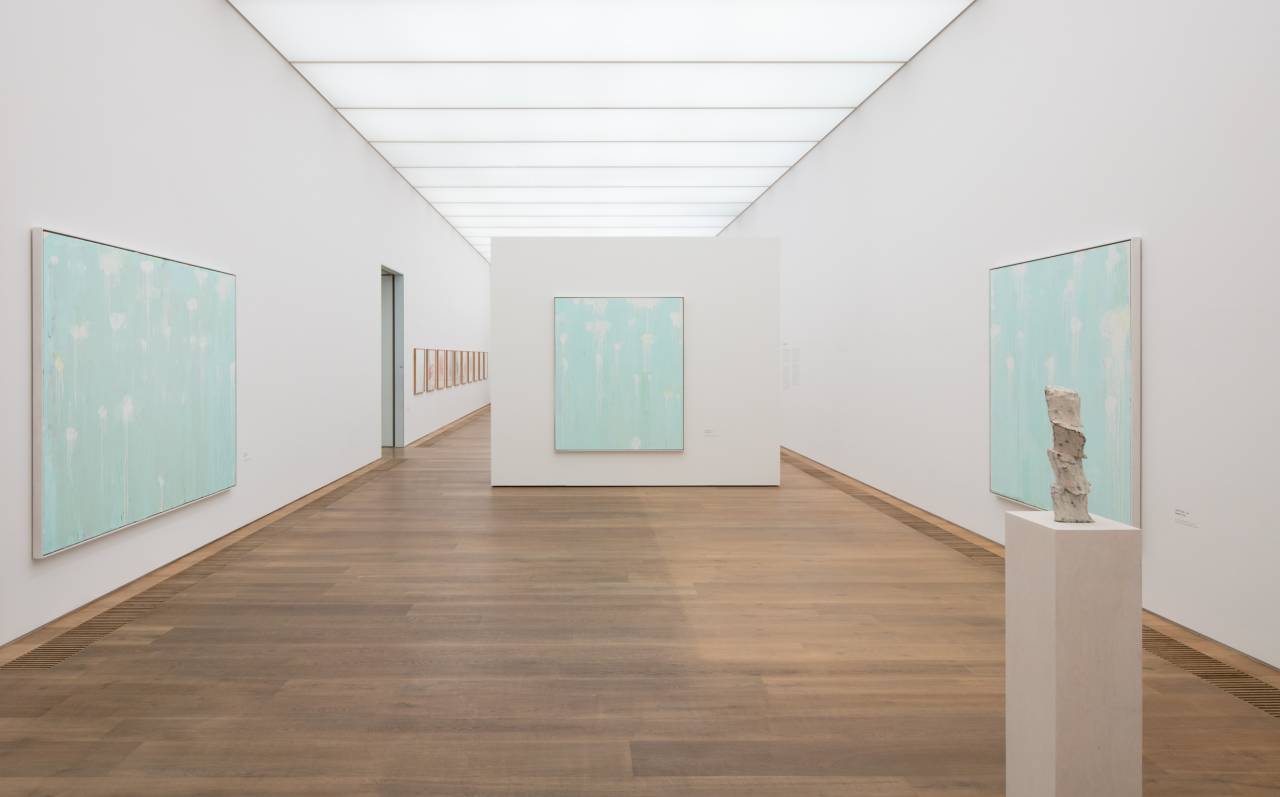 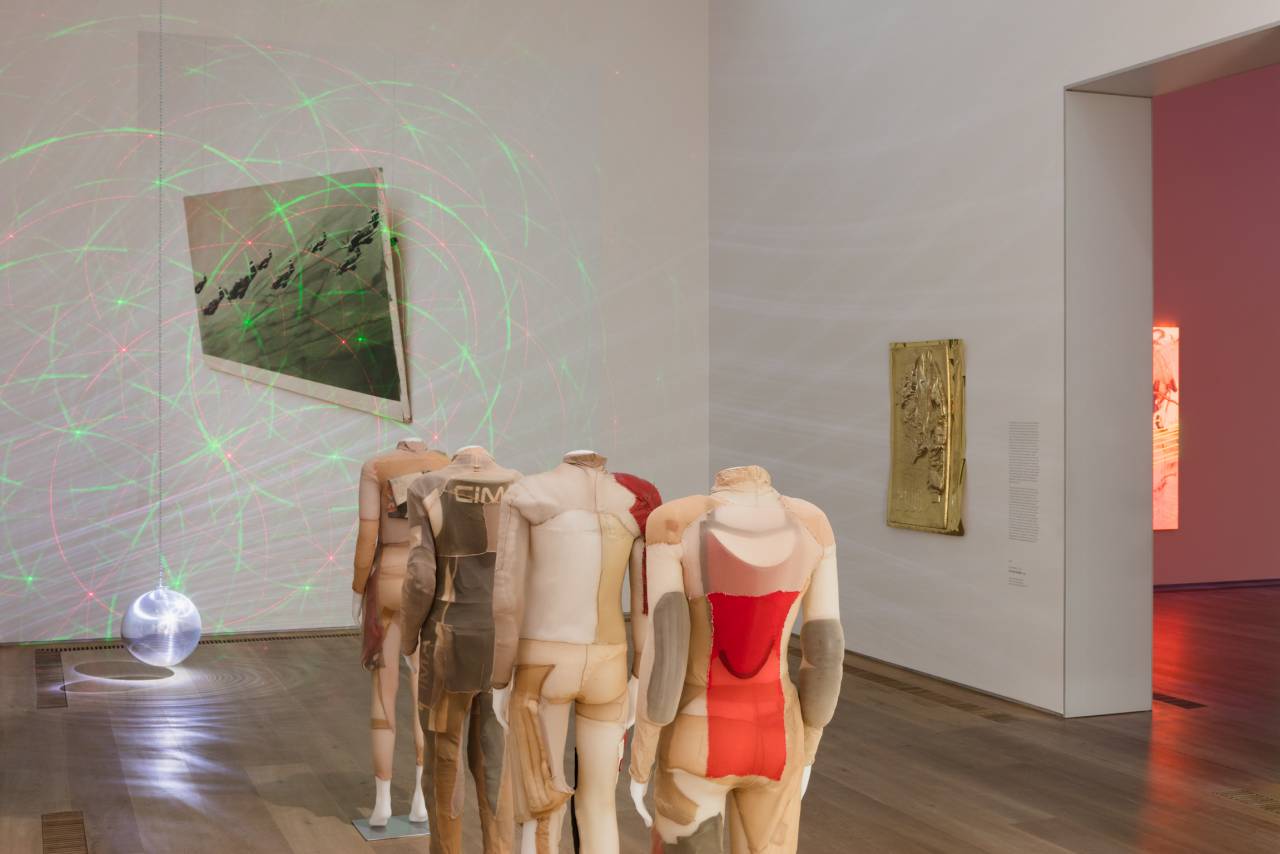 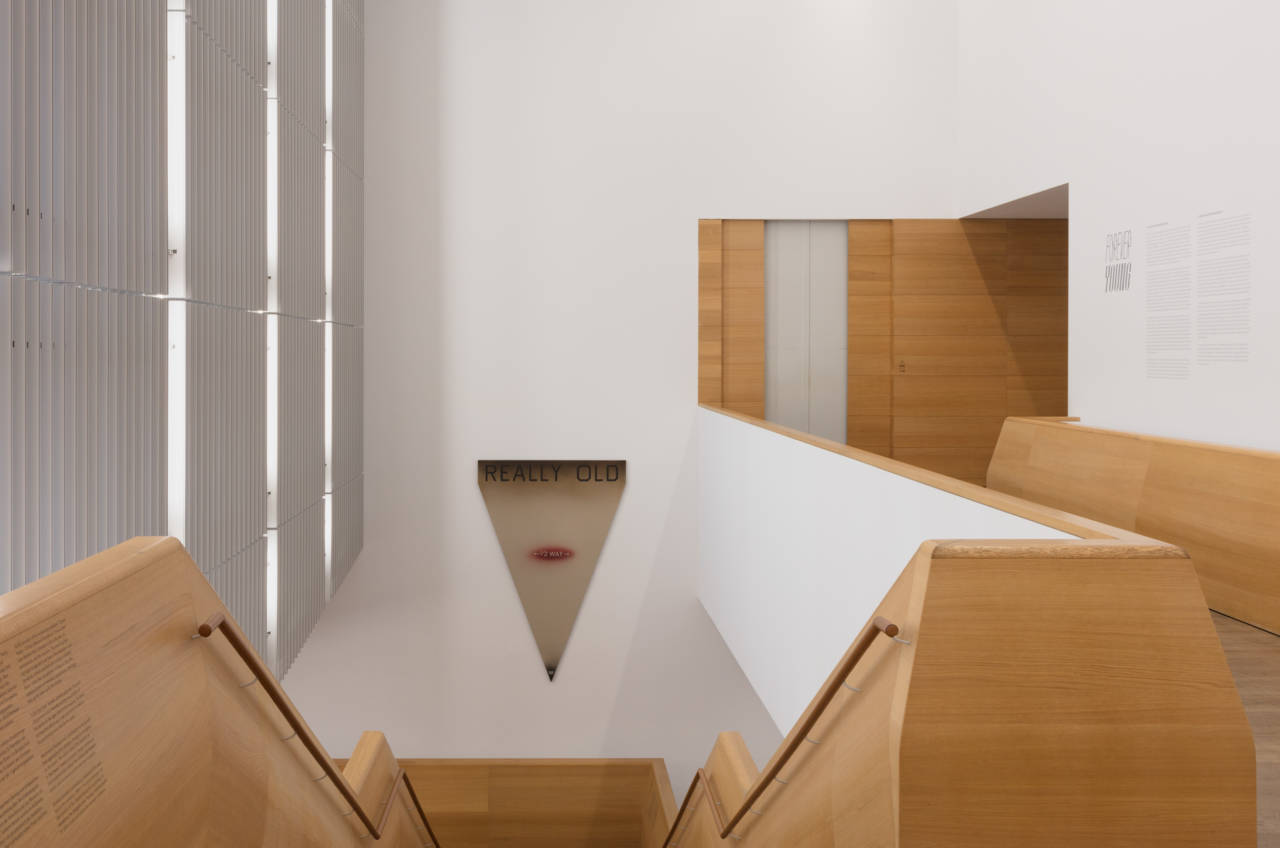 Painting in the Information Age

In a third section of the exhibition, displayed in the lower level galleries, the focus is on contemporary painting. A surprising link between painting and  the constant expansion of digital technologies is established:  The most progressive approaches in painting from the 1960s onwards developed in productive friction with mass culture and its mediatic conditions: when Gerhard Richter, for example, paints newspaper images in black and white or Albert Oehlen designs abstract paintings using digital paint programs. Or when Wade Guyton designs his motifs on a computer and leaves their materialization on canvas to an inkjet printer.

Kerstin Brätsch also deals with digital aesthetics in her painting. Her typical three-color brushstroke is reminiscent of digital gradients. It looks as if it had been fed it into Photoshop and multiplied. But the brushwork and fine irregularities in the application of paint expose the picture to be deeply analog. Laura Owens points in a similar direction when she scans and digitally processes newspaper pages from the 1940s so that the image planes remind us of desktop windows, and then issues the files again as screen prints and re-edits them in paint. We also come full circle here: Owens’s work operates like an update to Andy Warhol, not only with regard to the technique, but also because Owens, like Warhol, deals with the issue of how images and information circulate today.

All this is supplemented by outstanding individual presentations, that take place under the motto “Spot On” in two ground floor galleries. Over the course of the anniversary year, recently acquired bodies of work by Jacqueline Humphries, Michael Krebber, Rebecca Quaytman and Albert Oehlen will be displayed in individual and dual presentations. Jacqueline Humphries’s paintings are spectacular in the truest sense of the word—the artist works with black light, as we also know it from club culture or trivial art. Her art is a revitalization of abstraction under the sign of “pop”. Another highlight is the work of Albert Oehlen’s, of which the Museum Brandhorst now possesses a impressive group of 19 pieces. 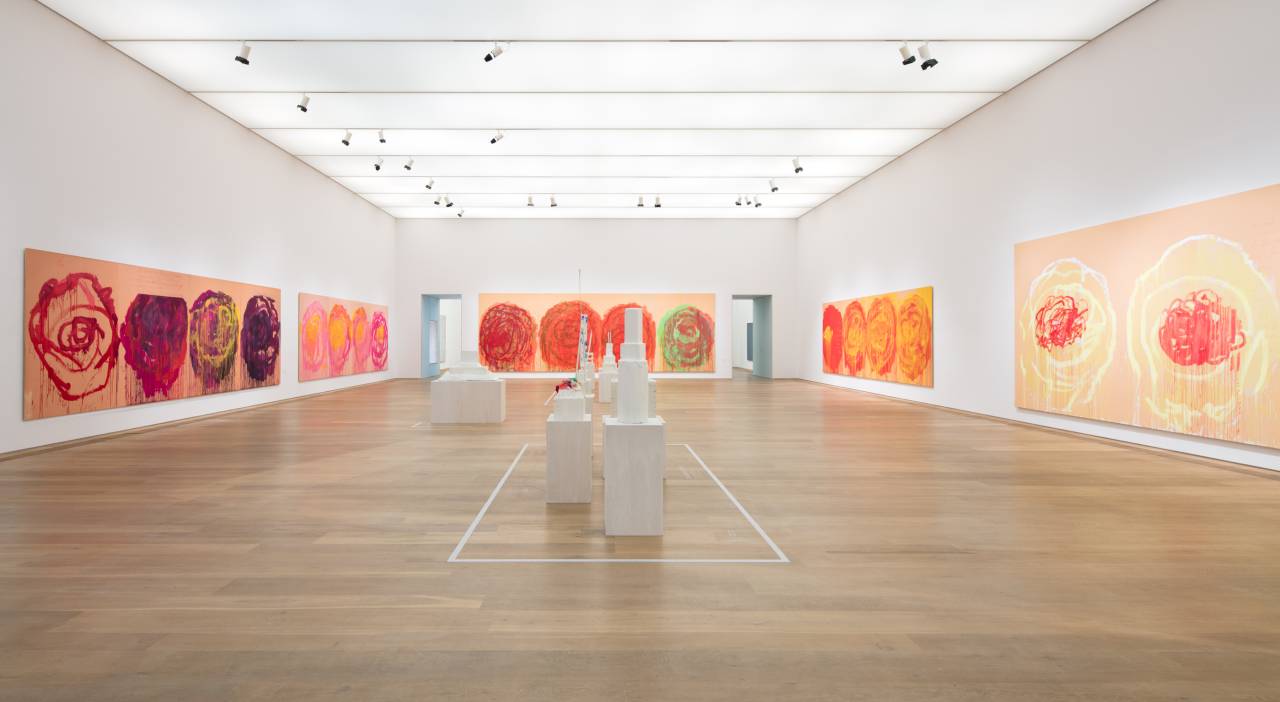 Finally, as part of “Forever Young” Cy Twombly is celebrated on the museum’s upper floor in a new presentation. The prelude is provided by a prominent new acquisition from Twombly’s very last series, “Camino Real” (2011), which certainly ranks among his most intensive works from a career spanning more than sixty years. Red, yellow and orange loops cross a bright-green background, delivering vivid chords of color. His “Rosensaal” (hall of roses) can be seen once again in its original form as envisioned by the artist. His stunning “Lepanto” cycle can also be viewed, in the purpose-built space on the Museum Brandhorst’s upper floor. As part of “Forever Young” various collaborations will take place here—with the Ballet of Difference, the Lyrik Kabinett Foundation and the Bayerische Staatsoper, for example. Twombly’s works are thereby recontextualized and reinterpreted. 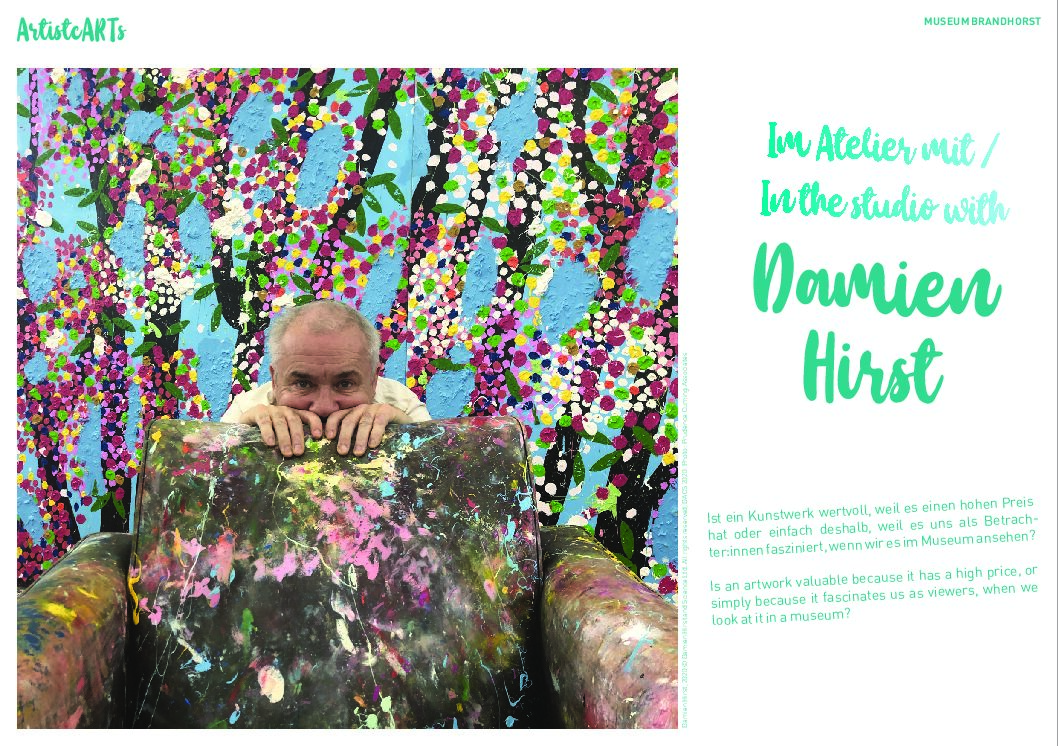 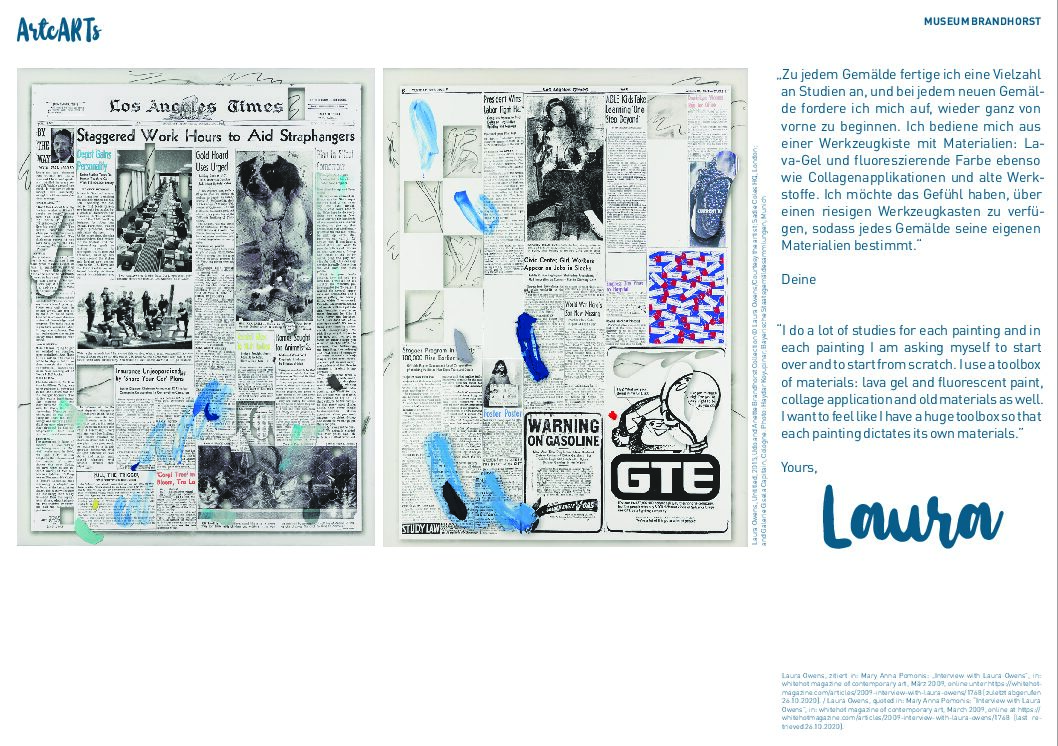 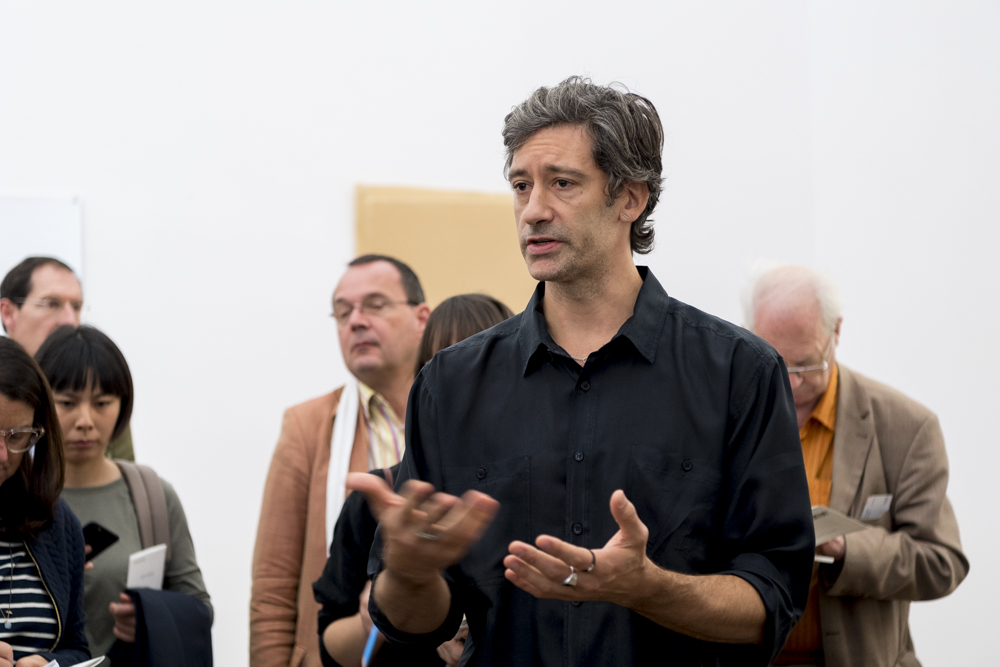 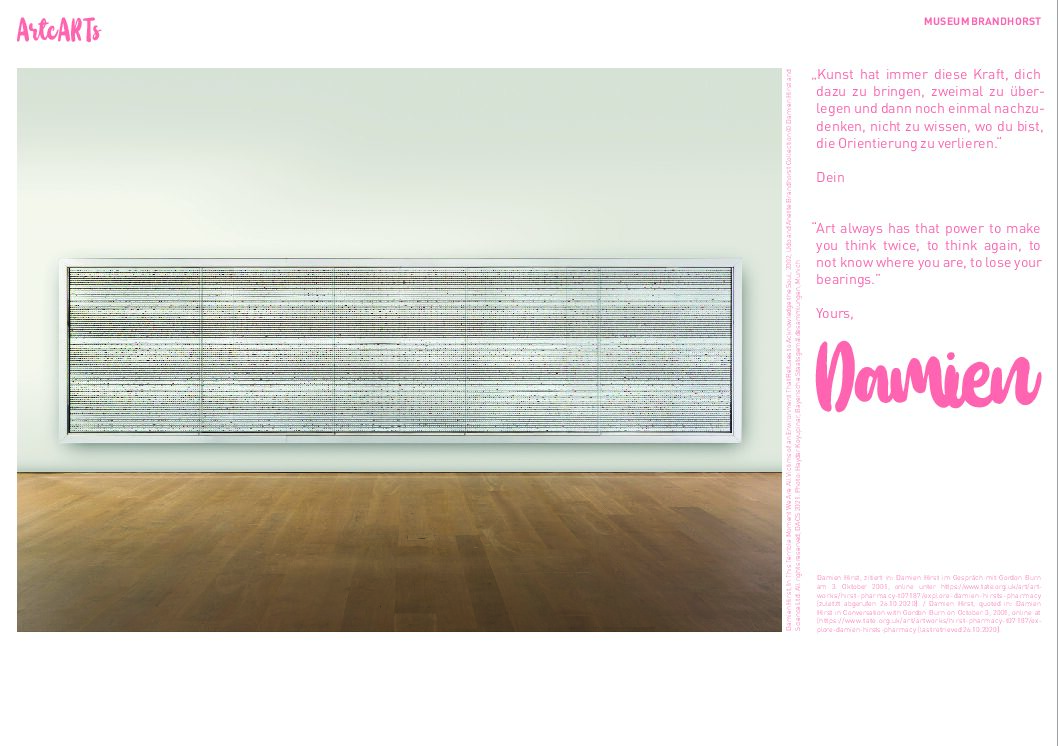 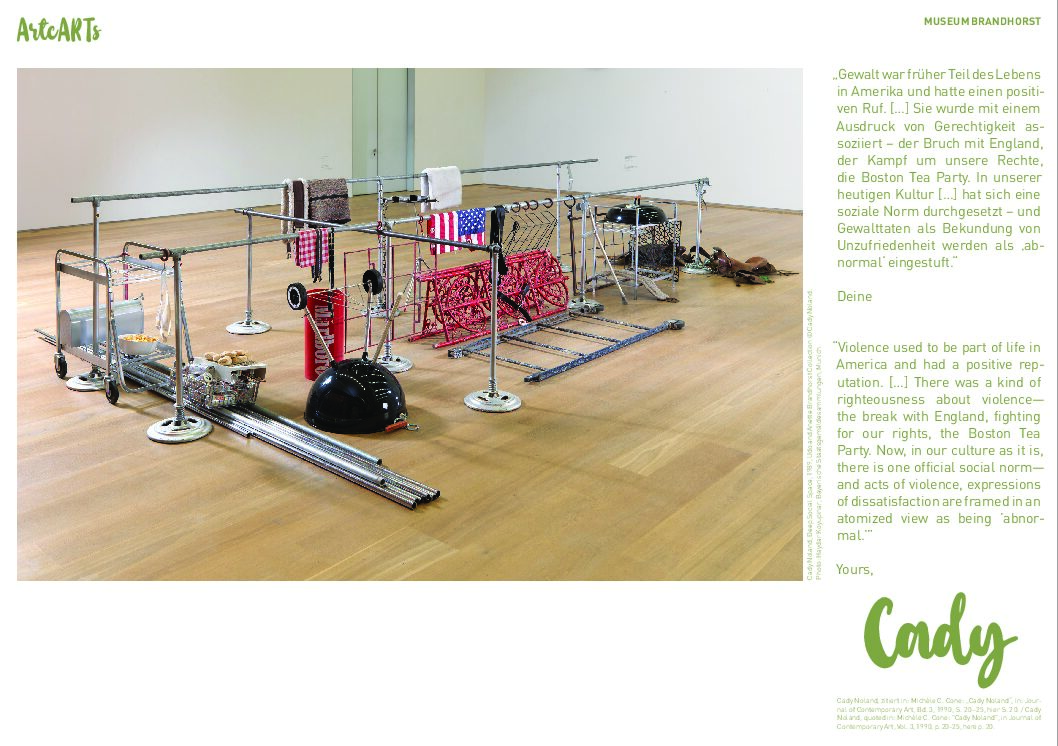 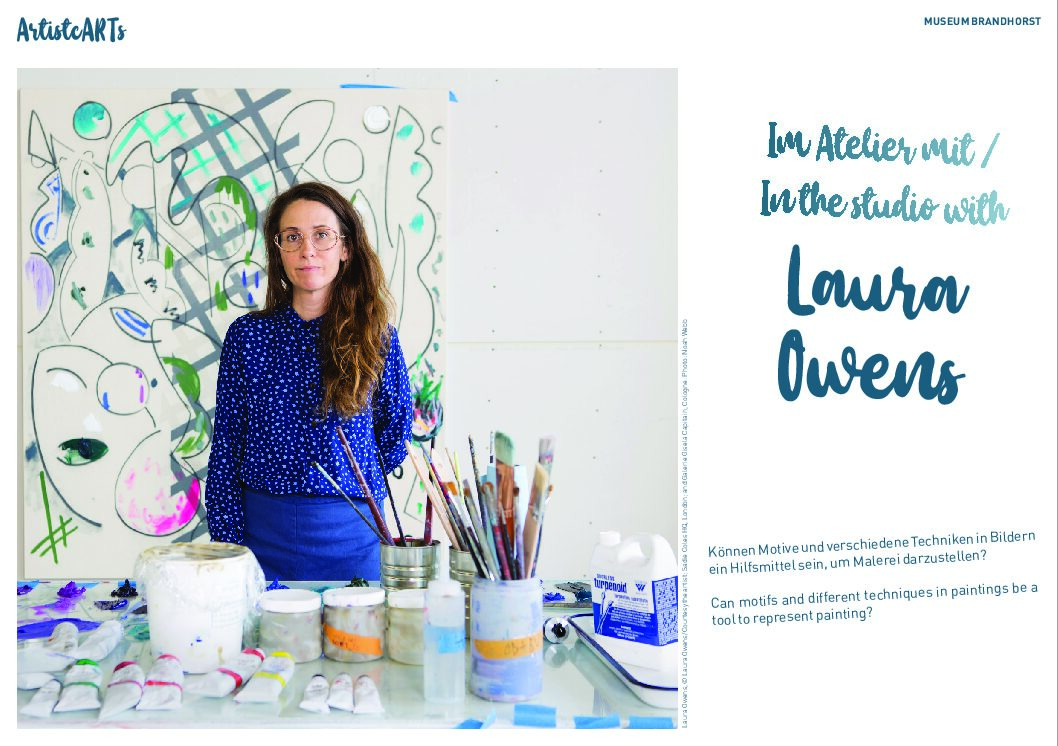