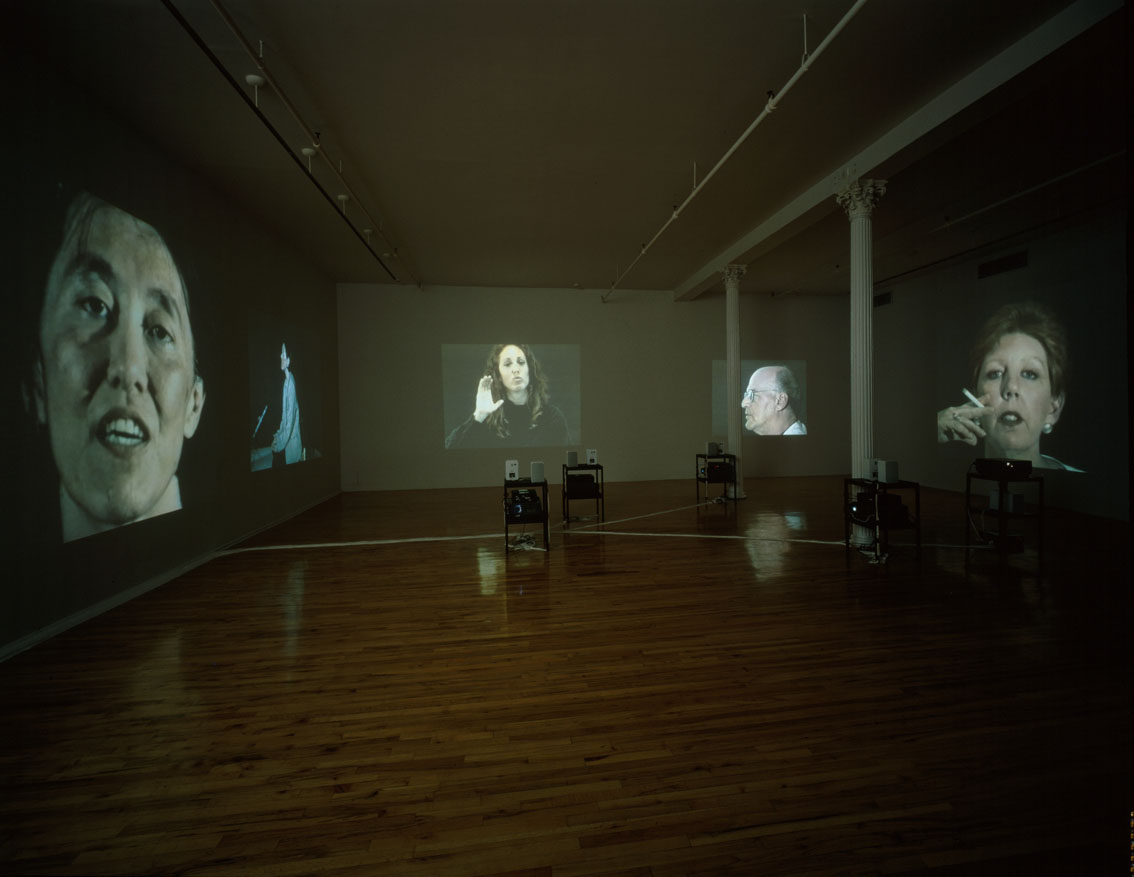 As the title suggests, the video installation ‘World Peace (Projected)’ is concerned with the major question of world peace.

Many of Bruce Nauman’s works are devoted to the psychological and physiological dynamics of interpersonal communication. As the title suggests, the video installation ‘World Peace (Projected)’ is concerned with the major question of world peace. Five video projections show close-ups of people endlessly repeating a single text, in speech or sign-language: ‘I’ll talk, You’ll listen; You’ll talk, I’ll listen; (…) You’ll talk, They’ll listen; They’ll talk, You’ll listen (…),’ later becoming ‘I’ll talk to you, You’ll listen to me; You’ll talk to me, I’ll listen to you’, until every possible speaker-listener combination involving I, you, we, and they has been declined.

The installation takes the seemingly simple assertion that world peace would be achieved if only we would all speak and listen to one another, and empties it of meaning. The text is repeated until the meaning itself seems to disintegrate; circling round, it always comes back to where it started, so that nothing is resolved and the utterances never move beyond the hypothetical. It is not even clear who is being addressed. None of the people filmed has a collocutor; they seem to be alone, speaking to themselves. Yet the earnestness of their expressions and the persistence with which they repeat their message suggest that they haven’t given up on the possibility of communication and resolution.