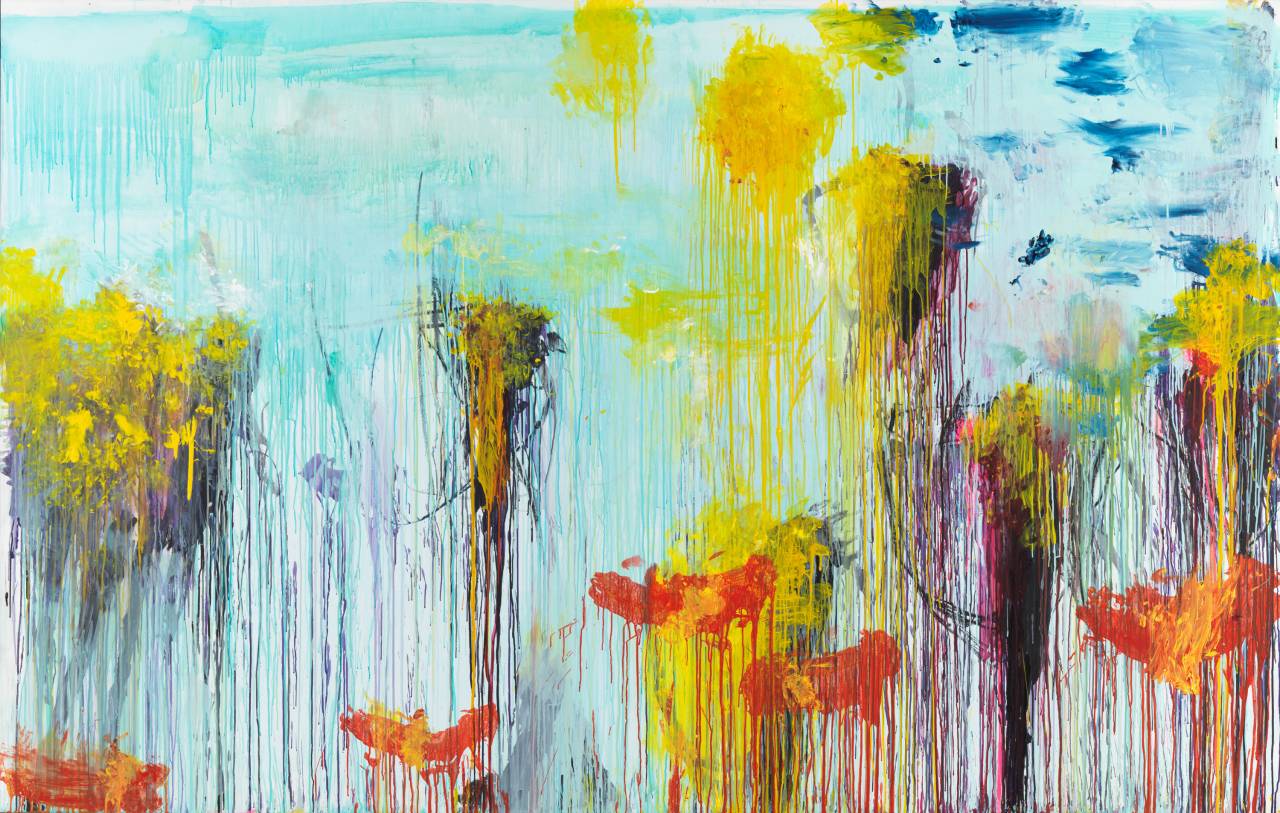 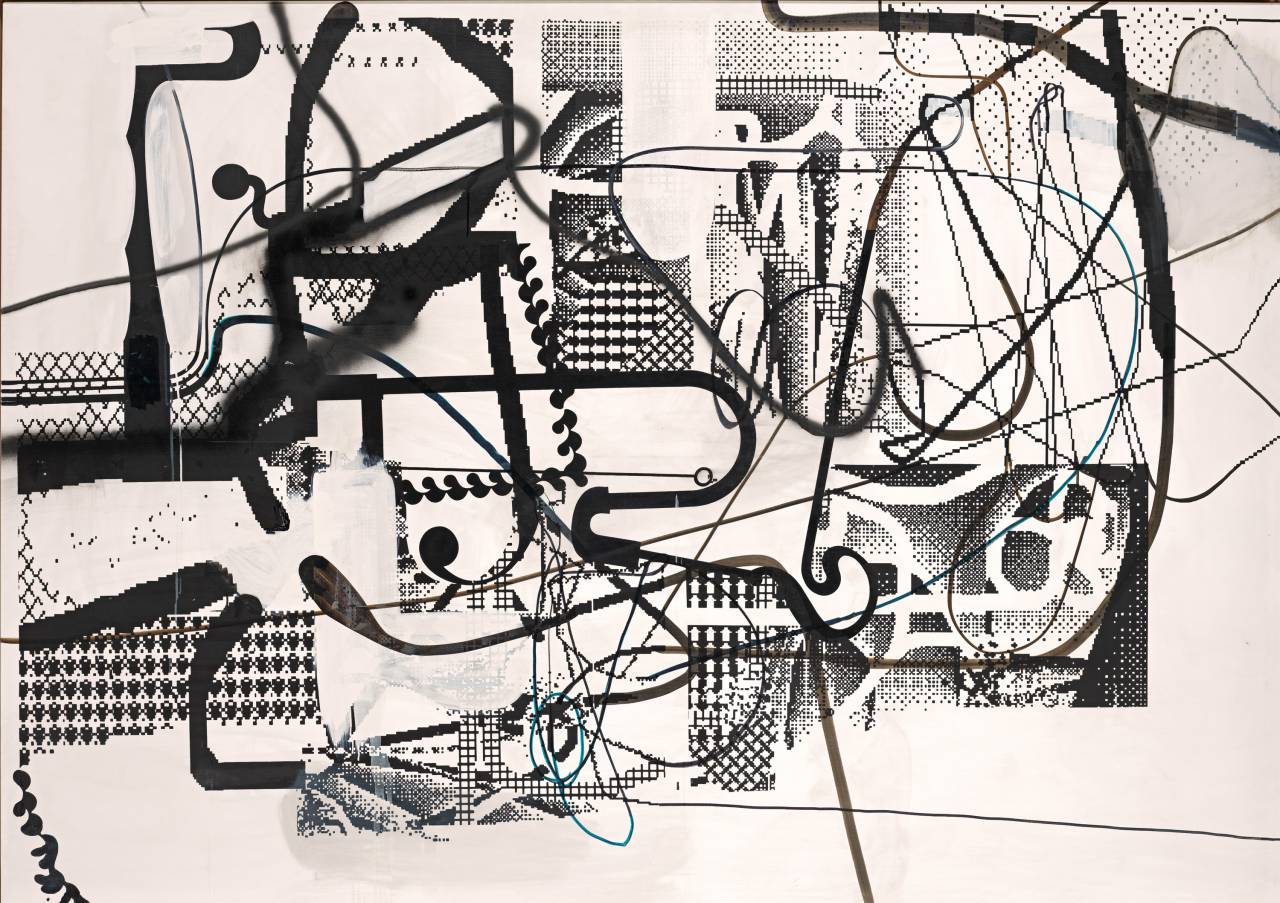 With “Easter Nudes,” Albert Oehlen reacted to the emerging aesthetics of the computer age. It was the time when personal computers began appearing in private homes and the digital realm started to spread, in all its pixelated manifestations. As early as 1990, Oehlen owned a laptop, which he used to create simple digital sketches. He later transferred these computer-generated patterns to the canvas via screen printing, before working on them with a brush and spray can: a technologically updated mode of abstraction that allows for an intriguing dialogue between the analogue medium of painting and digitally generated forms. The rough, grated motifs come across as almost clumsy in direct comparison with the delicate, hand-painted layers and additions. Instead of illustrating future and progress, in “Easter Nudes,” the digital is rendered as a form of Primitivism.