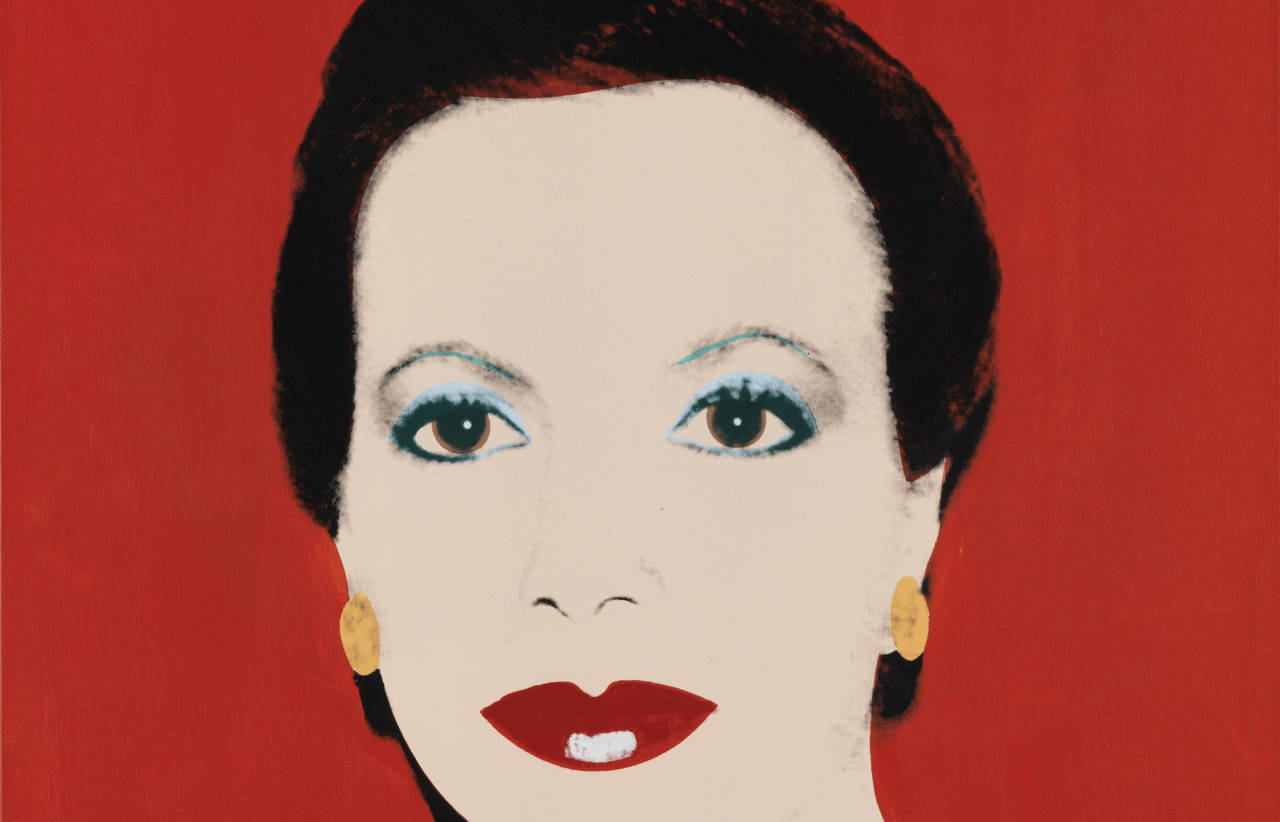 Presented by Glenn O'Brien and Katja Eichinger. A cooperation between Museum Brandhorst and Filmfest München

‘Yes!Yes!Yes! Warholmania in Munich’ is a collaboration between the Museum Brandhorst and Filmfest München, featuring the painterly and cinematic work of Andy Warhol. In the sheer prolificacy of his creative output, Warhol’s legacy extends far beyond the realms of painting and film, and permeates an array of artistic and social areas. At various stages in his career he was a commercial artist, book illustrator, music producer; he founded a lifestyle magazine, ‘Interview’, still in circulation today, and launched his own TV show in the late 1970s (well before MTV), with which he managed to capture the spirit of punk and new wave. As a result, Warhol ended up simultaneously becoming the darling of high art and mass taste, auctions and subculture. This exhibition and the accompanying programme of events lift the veil on the entire spectrum of Andy Warhol’s work, which has permanently altered our understanding of art.

For the first time, the Museum Brandhorst is presenting its entire collection of works by Andy Warhol in one go to mark ‘Yes!Yes!Yes! Warholmania in Munich’. With well over 100 works, the Museum Brandhorst boasts one of the most important Warhol collections in the world. In a series of rooms arranged both chronologically and by theme, the exhibition traces the key developments in his work. Starting with drawings and book illustrations from the 1950s and ending in the 1980s with his late period of work in diverse media, ‘Yes!Yes!Yes! Warholmaniain Munich’ is retrospective in character.

Warhol’s early drawings, which are shaped by his experience as a commercial artist, are presented alongside a selection of artist books from the same period, made in his capacity as a budding fine artist rather than a commercial one. Warhol’s ‘Liz’ (1964) and ‘Portfolio Marilyn’ (1967), his iconic pictures of the 1960s, reveal his lifelong fascination with the glitter and glamour of the celebrity cult – but also its dark underbelly. His fascination for the latter can be inferred by the timing of the work’s creation: he only decided to make his first ‘Marilyn’, for example, after she had committed suicide. This aspect of his work comes to the fore in the ‘Death and Disaster’ series, of which the Museum Brandhorst has an outstanding example in ‘Mustard Race Riot’ (1963). Media images of the race riots in Birmingham, Alabama were arranged insequence on the monochrome canvas.

Warhol revolutionized the medium of painting by using images culled from advertising and magazines as subjects for his paintings. The pivotal moment in this development was Warhol’s pioneering use of the silkscreen printing process in the early 1960s, which profoundly undermined the hitherto clear distinction between high art and commercial art, not to mention the question of original versus copy. This technical innovation marked the start of a period of great experimentation in Warhol’s work that would continue into the 1970s. This experimentation is evident in the elaborately collaged silkscreen prints of the ‘Ladies and Gentlemen’ series (1975), based on source images of transvestites taken by Warhol himself. Their faces, reproduced using the mechanical silkscreen process, are highlighted by shreds of brightly coloured paper ripped-out by hand, which roughly correspond to sections of the faces. The incongruity of the abstract and figurative forms gives rise to oversized mouths and near-grotesque eyes, and emphasizes the masquerade of life as a transvestite. In their fixation on the artificiality of appearance, the transvestites were for Warhol icons of the time, actors in an abyssal role play that knew no end, and which, unlike that of the stars they were so keen to impersonate, could only be played out at the very fringes of society.

The exhibition takes a special look at Warhol’s artistic treatment of abstraction. The way he approached abstraction was always in clear contrast to the Abstract Expressionists, the generation of artists immediately before him. A whole room is dedicated to his ‘Shadow Paintings’ of the late 1970s – dark and seductive images of shadows cast by undefinable objects that take his desire to ’empty’ his canvases of signs to the extreme. The ‘Camouflage Paintings’ (1986) and giant ‘Oxidation Painting’ (1978), in which he ironizes the Abstract Expressionists’ credo of the gesture being an extension of the artist’s inner self, are displayed in the context of Warhol’s expanded artistic practice of the late 1970s and early 1980s. During this period, Warhol had risen to become the ‘court painter’ of the art and fashion world, and he pointedly marketed his star portraits to win possible new commissions. The portraits of (more or less important) figures of his time – for example art dealer Pat Hearn – are a testament to his fascination with the phenomenon of celebrity, as are the groundbreaking television broadcasts from the years 1979 to 1987, which are also shown here in part. Especially in these two groups of works, his fascination and obsession with surface, appearance, and selfstylization can be most acutely perceived and is reflected in the ironic, expressive gestures of the large-canvas paintings of his later years.

The show also features ‘Lupe’ (1965), a two-channel film projection that revolves around one of Warhol’s muses: Edie Sedgwick in the role of Mexican actress Lupe Vélez. Vélez was a flamboyant Hollywood actress of the 1930s and 1940s who took her own life at the age of 36 while pregnant. As with his portraits of Marilyn Monroe, what attracted Warhol to Vélez in his film ‘Lupe’ was not just her star persona, but also her life story, which culminated in the tragic image of her suicide. This dark side to Andy Warhol’s art also forms the conceptual backdrop for the collection display ‘Dark Pop’, which traces Warhol’s pivotal position in the history of Pop Art and Neo-Pop, on the entrance level of Museum Brandhorst.

The museum is handing over its small media room to Glenn O’Brien, one-time close assistant and colleague of Andy Warhol. O’Brien, former member of Warhol’s ‘Factory’ and first editor of ‘Interview’, started his own TV show on a public-accesscable channel in 1978, just before Andy Warhol launched his own show. ‘Glenn O’Brien’s TV Party’ ran until 1982 and was conceived in the traditional mode of a late-night talk show, complete with studio band and guests. Snippets from selected shows will be screened in the museum. In addition to its list of illustrious guests -including David Bowie, Jean-Michel Basquiat, Iggy Pop, and Steven Meisel – the allure of ‘TV Party’ was down to its breaking of countless TV conventions. People were seen smoking joints in front of the camera, the live performances usually had a very improvised feel, and the show itself was clearly anything but scripted. Nevertheless, or perhaps precisely because of this fact, the broadcast achieved something entirely new. It reached a large audience – one otherwise beyond its creators’ grasp – with a wilfully subversive television format that simultaneously fundamentally broadened the public’s understanding of art. As such, O’Brien’s programme shared many key ideas with Warhol’s own approach.

On the night of the exhibition opening (27 June 2015), six episodes of ‘Glenn O’Brien’s TV Party’ will be broadcast in succession, starting at midnight on ARDalpha, featuring scenes and short interviews from the opening at Museum Brandhorst. (More details are available at: www.br.de)

Parallel to the Museum Brandhorst’s showing of Warhol’s paintings, drawings, and television broadcasts, Glenn O’Brien and German author Katja Eichinger will be presenting a retrospective selection of Warhol’s films. The screenings will be shown as part of the Filmfest München (25 June-4 July 2015), in association with the Andy Warhol Museum in Pittsburgh. And, in addition, a separate film series will trace Warhol’s influence as a filmmaker on later generations of directors, like Sofia Coppola and Harmony Korine. (For more information visit: http://www.filmfestmuenchen.de/de/festival/filmfest-2015/special2015/warholmania)