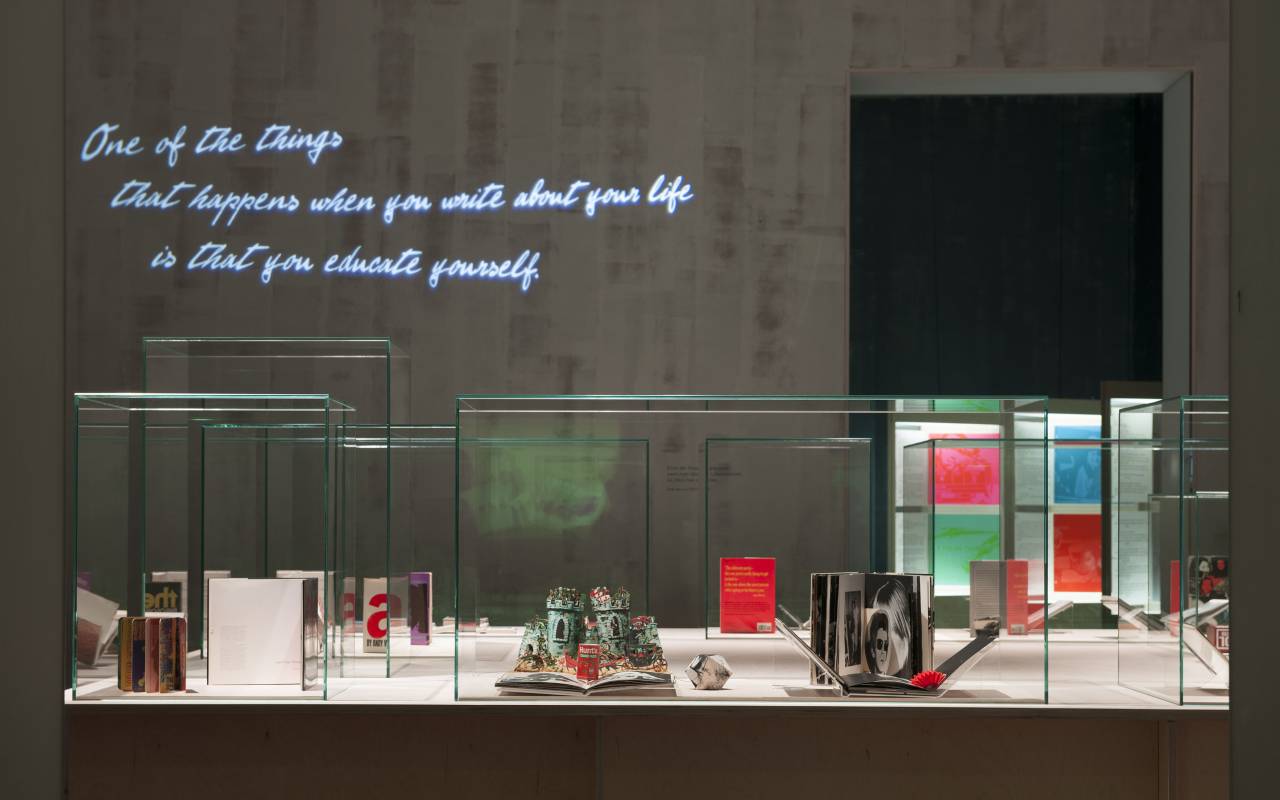 The exhibition at the Museum Brandhorst is the first to show that Warhol continuously worked on books from his student days in the 1940s until his death in 1987.

Was Andy Warhol an intellectual or rather a comic-book reader? That the most famous proponent of Pop Art had a very close affinity to books to this day is not even known to many connoisseurs. The exhibition at the Museum Brandhorst is the first to show that Warhol continuously worked on books from his student days in the 1940s until his death in 1987. While still a student he made illustrations after famous novels. As a successful graphic artist he created entertaining thematic booklets in the ’50s that he distributed in the New York fashion world as promotional gifts. It was not long before Warhol received commissions from major publishers such as Doubleday and New Directions to design book covers and illustrate cookery or children’s books. During the first few years in the Factory, the artist – who had since risen to fame – gave writer-friends silkscreen prints and photos for their poetry books. Together with other artists in the Factory, he went on to make illustrated volumes using photographs and film material created there. Based on audio tape recordings he also wrote texts that pushed back the boundaries of conventional literary genres and, at the same time, shaped the image Warhol created for himself and that conditions the way his work is received to this day. In this chronologically structured show the books designed by Warhol reveal a surprisingly unknown facet of the famous artist.

LENDERS
Holdings of artists’ book in the Brandhorst Collection include copies of the most important artists’ books from the 1950s as well as several photo books. Complementing these, key exhibits will be on loan from the first-rate holdings of Warhol’s works at the Bayerische Staatsbibliothek in Munich. Major loans of original works have come from the Williams College Museum of Art that has a unique collection of early works by Warhol, as well as recently discovered manuscripts in private ownership in America. Several books have been made available by private lenders in Germany.

Catalogue
The catalogue is the first monograph on Warhol’s books and is available in German or English. With more than 300 illustrations and 12 essays by German and American experts it includes introductory texts on certain genres and detailed contributions on individual works. It also gives readers an overview of Warhol’s multifaceted production of and for books from the 1940s to the ’80s. Enriched with archival material from Warhol’s estate that had previously been unknown, the catalogue provides a completely new look at perhaps the most famous artist of the second half of the 20th century.