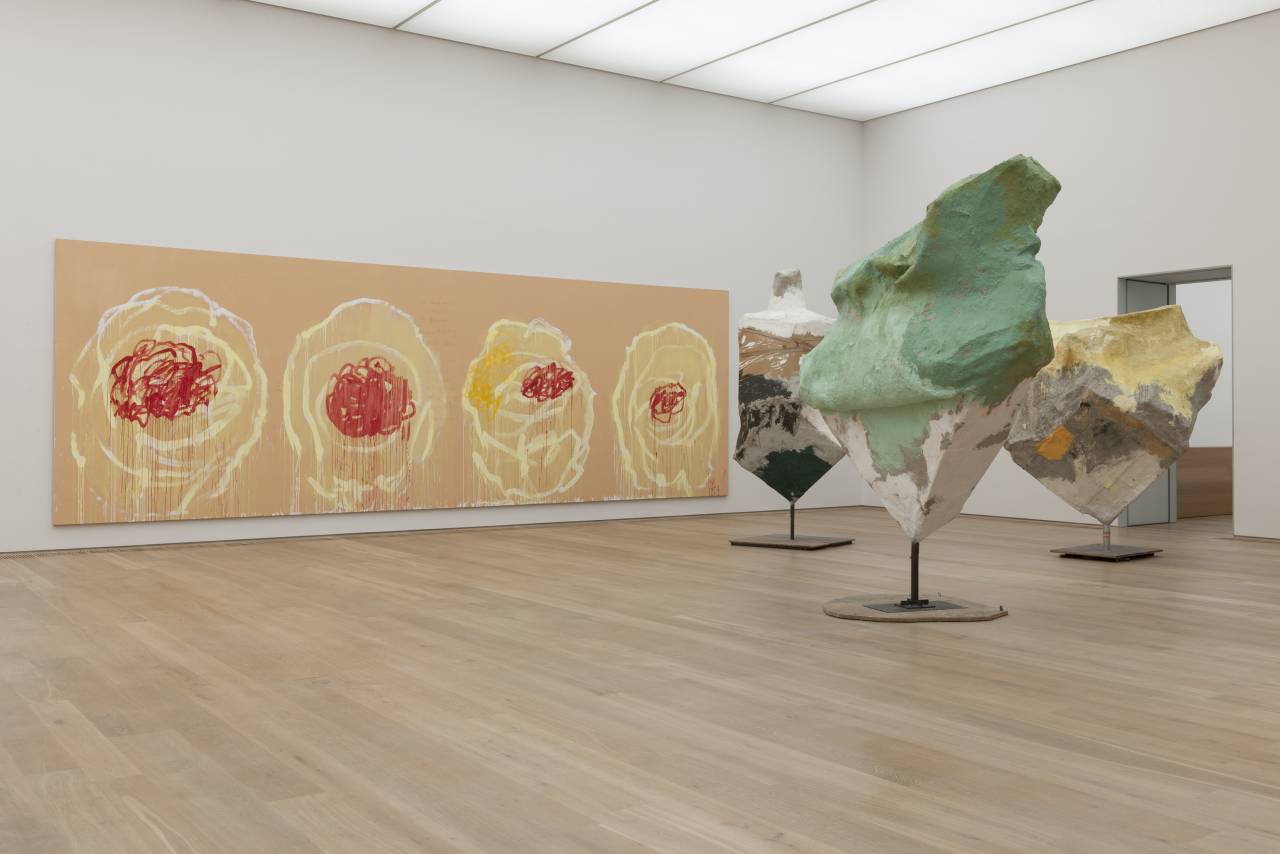 American artist Cy Twombly (b. 1928) and his younger counterpart, the Austrian Franz West (b. 1947): despite all their biographical and geographical differences, the two artists share a close artistic affinity.

The Museum Brandhorst has in its care the most important collection of art by Cy Twombly, the American artist who made Europe his home. With its array of paintings, sculptures, works on paper, and photographs, there is no other collection in the world that so vividly reflects the great diversity of Twombly’s body of work. At the Museum Brandhorst one work stands out in particular. The twelve-part series ‘Lepanto’, one if Twombly’s major works, with the Museum’s ‘Rosensaal’, where it is displayed, leaving a lasting impression in many visitors’ minds. In a new, loosely consecutive hang, his works on the upper floor are brought into a stimulating dialogue with works by another artist, selected periodically on rotation.

CY TWOMBLY IN DIALOGUE WITH FRANZ WEST
American artist Cy Twombly (b. 1928) and his younger counterpart, the Austrian Franz West (b. 1947): despite all their biographical and geographical differences, the two artists share a close artistic affinity. Even at first glance, the spectator’s eye is drawn to the artists’ similar pedestals, their delicate forms, and apparently ‘clumsy’ lines. In both artist’s sculptural works, the ‘stillness’ of the prevailing choice of white is counterbalanced by bright accents of colour. Similarities can also be found in the historical contexts in which the two men created their art. Both Twombly and West were responding to a dominant patriarchal generation before them – Abstract Expressionism and Viennese Actionism respectively – and both did so with an almost Dadaist sense of irreverent humour. In the 1970s, West took his spiral-shaped ‘Passstücke’ (Adaptives) directly from Twombly’s loop and scribble paintings. When speaking, years later, of the impact of seeing Twombly’s works, West declared that they had appeared ‘like a message in a bottle’. For him, Twombly ‘spoke of other states and conditions, of a different understanding of self’ (Franz West, 2009). The interaction between West’s sculptures and Twombly’s paintings is characterized by delicate forms, cryptic allusions, a common poetic sensibility, and a vulgar expressivity. The art of Twombly and West first went on joint display in a series of sculpture exhibitions curated by Harald Szeemann in the mid-1980s, which included the show ‘Spuren, Skulpturen und Monumente ihrer präzisen Reise’. Although the two artists only met each other relatively late in their respective careers, they had nothing but mutual appreciation for each other’s works. Franz West also devised a musical event for the opening of a Cy Twombly retrospective at mumok in Vienna. The video of the piece, directed by Andreas Donhauser, is now on show on level -1.