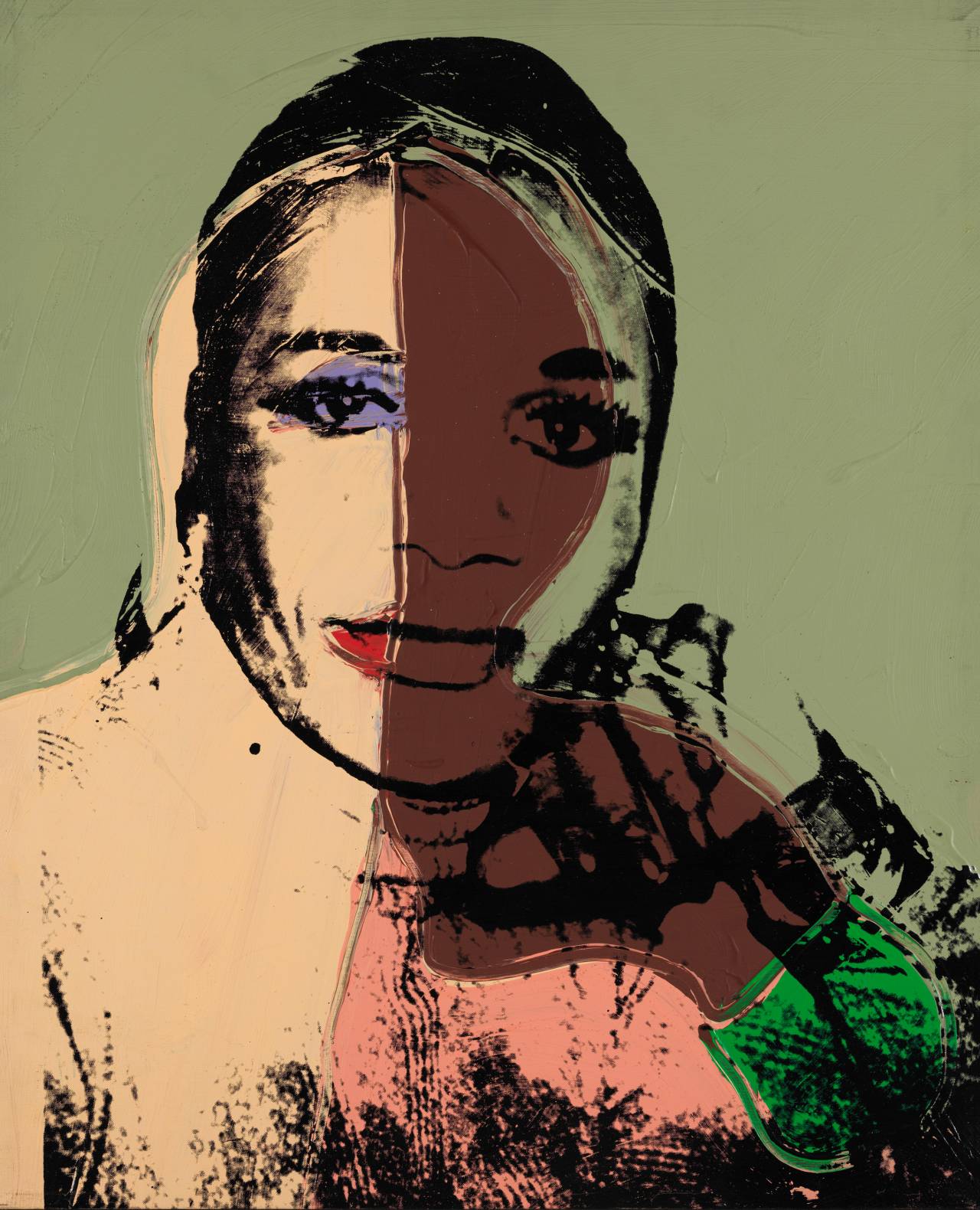 Andy Warhol’s work is characterized by a fascination for appearances—for acts of self-representation and self-dramatization. This is especially true of the drag queens and trans women who served as models for his “Ladies and Gentlemen” paintings. With devotion and humor they dedicate themselves to imitating the opposite sex, often artfully exaggerated and borrowing from the style of stars and celebrities: “Drags are ambulatory archives of ideal moviestar womanhood”, as Warhol himself put it.

The “Ladies and Gentlemen” series was a commission by the Italian gallerist Luciano Anselmino, who wanted portraits of “completely anonymous and impersonal tra[ns]vestites”. Warhol’s collaborators Bob Colacello, Ronnie Cutrone and Corey Tippin recruited 14 drag queens in the nightclubs of New York’s Greenwich Village, whom Warhol photographed in his studio, the Factory. Around 500 photographs form the basis for the series, which comprises 268 paintings as well as drawings, collages, and prints. For the 105 paintings commissioned by Anselmino along with a portfolio of 10 prints, the artist received a fee of 900,000 dollars. He paid his protagonists – Warhol’s profit-oriented attitude was widely known – between 50 and 100 dollars.

The paintings are characterized by bright, impasto colors, with the artist sometimes working in the paint by hand, to underline or trace contours. For the first time he used different colors for the individual parts of the portraits. The faces – almost all of them in dark tones – appear exaggeratedly made up, almost mask-like. The contrasts between silkscreen and painted parts, with which Warhol lends the portraits an eccentric to grotesque character, seem almost careless.

Many of those portrayed were Black people or People of Color and are recognizable as such in Warhol’s paintings. He immortalizes them in their chosen pose of dazzling grandeur. At the same time, he reduces the drag queens to the superficiality of their appearance (the names of those portrayed were only later added to the titles). The tension between self-fashioning and deindividualization runs through Warhol’s entire oeuvre. But here it takes on additional brisance, as Black people and People of Color look back on a long history of objectification and anonymization